"I regret that there were chaos and tension at the Perak Assembly sitting which should not have occurred because we should show to the world that the democracy practiced in Malaysia is based on ethics and principles according to the regulations and laws, whether the law of the country or House procedures”

The Prime Minister also said the arrest of scores of people in the run-up to the state assembly sitting was police action and the government had nothing to do with it.   "The police have the responsibility to maintain law and order and I cannot micro-manage the police. The police must decide on their own on what action to take and I am sure the police know what action to take," he added.

"This was Prime Minister Najib Razak’s promise on October 15, 2010 when he was tabling Budget 2011 before the great battle, 13th general election took place.


“The Government is very concerned with the rising transport cost borne by the rakyat. To alleviate the burden of highway users, I am pleased to inform that the toll rates in four highways owned by PLUS Expressway Berhad will not be raised for the next five years, effective immediately.”
In that 2010 speech, Najib said the government was very concerned with the transport cost borne by the people.


KUALA LUMPUR, May 7 2009 (Bernama) -- Acknowledging the importance for any government to have the trust and confidence of the people, Datuk Seri Najib Tun Razak said that one of the best ways to win the trust and confidence of the people is to be truthful to them. "Once we are able to deliver what is promised and be more transparent and open with others, we will have built a solid foundation for trust," he said.

Prime Minister Datuk Seri Najib Tun Razak said today his administration would not use the Internal Security Act (ISA) arbitrarily but would give importance to the principles of human rights and civil liberties. 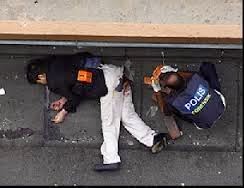 Najib told reporters the Cabinet decisions were prompted by the desire to conduct a thorough investigation to find out the cause of the incident.   "I, just like the other members of the Cabinet, also want to know the actual cause of Teoh's death. "As such, I hope that all quarters would exercise patience and not make statements which confuse the people and raise wrong perceptions, or politicise the issue," he said. Najib said that the Cabinet decisions reflected the government's determination and commitment to find out the cause of the incident so that Teoh's family and the people would know what actually happened. We want to establish the truth, the whole truth, and nothing but the truth in this case. And the process of investigation will be forthright and transparent," he said.Establish the truth and to ensure "public faith and confidence in these important institutions in this country".

Abdullah was confident that BN would win big based on the government's performance and its ability to fulfill its promises to the people "The BN government has also managed to improve on its successes, besides having the experience to effectively administer the country."  On his denial yesterday that parliament would be dissolved today, the prime minister said: "I could not give any clue to the date as I needed to get the consent of the Yang di-Pertuan Agong first before I could make the announcement."

To everybody's surprise, Khir Toyo has been declared "clean". Such were the findings of the Disciplinary Committee of Umno.