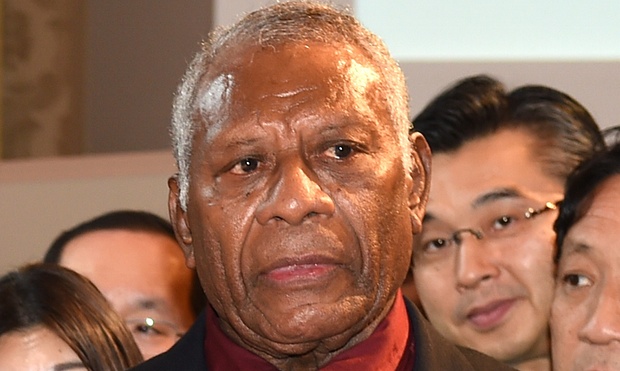 The convicted speaker of Vanuatu's parliament has pardoned himself and 13 other convicted MPs after stepping in to act as President while the country's head of state was abroad.

The move has further shaken the country after a judge found the MPs guilty of bribery on Friday.

The speaker, Marcellino Pipite, issued a presidential pardon in his capacity as acting head of state while the president, Baldwin Lonsdale, was in Samoa on Saturday.  Mr Pipite said he had to sign the pardon for the sake of stability and to avoid the civil unrest seen in other parts of the region.  He said he consulted five lawyers before making the decision.

Email ThisBlogThis!Share to TwitterShare to FacebookShare to Pinterest
Labels: Vanuatu