Is Najib a Clever Man? Deviously clever maybe. Machiavellian clever...perhaps! Deliciously and fiendishly clever...certainly. He knows what he is doing and financially he has the means to do what he wants to do. 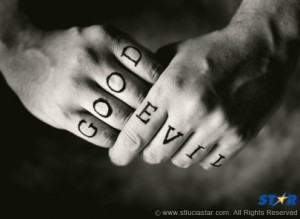 I have been trying to make some sense of what is happening in KL for a long long time. From the time of Mahathir until today. More so in these last few months than before. All this time I have been amazed at the things done by Mahathir, Pak Lah and now Najib...and you must not forget Najib's wife and a host of other Ministers and leaders of both, BN and also Pakatan Rakyat!

I told myself that any reasonable sane responsible individual would not have done what these leaders have done. The more memorable ones are Mahathir giving so much rope to his cronies to make money at the expense of our nation's wealth, Mahathir getting MISC to bail out his son's company, Anwar getting himself in situations that compromises himself - not once but many times. Pak Lah allowing KJ to amass so much power and wealth during his tenure as PM and Najib getting himself into a mess with 1MDb and that RM1.2 billion donation that went into his personal account.

I would not have been stupid enough to deposit RM1.2 billion meant for Umno into my personal account. I would not have sacked Muihyiddin. Not have upset Mahathir and a host of other Umno veteran leaders. I would not raise the toll rates after promising not to....and I would not bring in another 1 million Banglas when we already have millions of  illegals already in Malaysia.

These are just the tip of the iceberg but it will do for now for the purpose of this article.

So why, I asked myself, are all these leaders stupid enough to do all these things and jeopardise their tenure and legacy as PM.

It just does not make sense!

Are they all that stupid?

And then it dawned upon me...

No they are not stupid!

These are highly intelligent people and they know what they are doing! They have a grand design of making BN, Pakatan Rakyat  and Malaysia into what they want it to be - not what we want it to be!

You and me.......we want freedom to do what has been guaranteed under the constitution and a safe and secure Malaysia. No corruption.

They want no such thing!

They do not want what we want. They want an all powerful federal government. They want a PDRM that will do their bidding. A judiciary stacked with Judges and officers that will make decisions and do things that they want done.

They want to win election. So they appoint officials in the election commission who will do so as they say and help them win elections..

Their version of 1Malaysia differs from our version 1Malaysia.

We want our freedom, privacy and we want our rights under the Constitution to be inviolable.

That Constitution that is suppose to protect us is now being manipulated by the federal government to achieve their version of 1Malaysia....and that includes throwing any one that is against them into prison.

Not only do they use their position in government to make government as they want it to be...they also use religion and race for the same ends.

And therein lies our problems.

We have been asking why Najib does the things that he does. Why raise the toll when he says he will not do so. Why impose GST when it creates additional burden for ordinary Malaysians. Why get rid of the ISA and the PPA only to replace them with more draconian legislation? Why have the MCCA, PAC and a host of entities and authorities that does nothing more than create a whitewash of everything this corrupt government do  - hoping in the process to placate an increasingly agitated public?

Let us just take just one situation -  the 1.2 billion donation supposedly for Umno. Ask yourself this first. What does it take to get RM1.2 billion into your own personal account? Forget for a moment that it is a donation, a gift or a scam. What does it take? It takes a hell of a lot of brain power to do so! Not RM100,000, not RM1 million and not even RM10 million but RM 1.2 billion! Who ever can do so must be very cleaver. Deviously clever even!

Well Najib made it happened - and it seems he did so by himself and managed to keep it under wraps for a hell of a long time. And he had used that money to keep himself in power until now. So we must agree that he is clever enough to go look for that RM1.2 billion "donation" and he was clever enough to use it to his political advantage.  That takes a lot of brain power. I just wished he had use all that brain power to do good instead of evil...but I digress.

You can argue that the advantage is temporary because look at where it has now got him to today - his position as PM is now opposed by an array of Umno veterans and a formidable opposition from within Umno and many many Malaysians are agitating for his resignation secepat mungkin.

Agreed....but just step back from the conundrum for a moment and ask yourself how is Najib faring under the circumstances?

Is he crumbling under the relentless pressure coming from those that wants him and his wife out of Seri Perdana and Putrajaya? No Sir he is not crumbling. It takes intelligence and a man confident in his ability to stand up to all this pressure and deflect any barbs that may still come his way as all the shoving has now gone past even the pushing stage.

Now Mahathir is calling him a liar, a thief and a PM abusing his office and the legal process in his attempt to stay on as PM.

All this he is doing simultaneously while managing the over 170 Ketua Bahgians in Umno, the "directive" from the rulers Conference to resolve a number of issues troubling the nation and of course there is also that wife of his that he also have to manage in order that she does not actually take over the Prime Ministership away from him.

As of today....16th October just past 10.30 pm Friday night in Melbourne - Najib is still PM of Malaysia. He is still President of Umno and he is still on top of everything happening in Malaysia.

No my friends..this is a clever man.

Deviously clever maybe. Machiavellian clever...perhaps! Deliciously and fiendishly clever...certainly. He knows what he is doing and financially he has the means to do what he wants to do.

So my friends we are against almost impossible odds here. We need to rethink and reboot our thought process to see what we need to do to rid ourselves of this evil genius. Stop feeling sorry for yourself, for other Malaysian and even for our Malaysia. Accept that we are dealing with a clever Najib - and once we accept that reality...maybe...just maybe...we can start the process of changing our own modus operandi to fight for change within our nation, within our life time.

I am already exhausted mentally just having to accept that we are dealing with a very clever Najib because all this time I have treated him for a fool -  a man being pushed around by a domineering spouse and a man being push and pulled in all directions by his many many advisers. A man who is no match against the intellect of Mahathir. A man who will crumble and take flight at the first sign of trouble.

Nothing is further from that false truth.

I hope to God I am wrong but all things points to a Najib who has the political will, the intellect  and the means to stay on as PM....truly a chilling prospect for us and the future of our nation. Let me sleep on this for now.

I know that there will be many of you out there who will agree to disagree with me on this. Do so if you must but do so with the best of intentions - not to mock or dismiss my musing on who I think Najib is...but do so because you hope that I am wrong and that given enough rope, you hope that Najib will eventually hang himself!