Which one of Najib's many advisers told him to sue Ling Liong Sik? Tell me...who is that stupid idiot who told Najib to sue? Does he not have a list of others that he is already suppose to be suing? The WSJ included? Liong Sik better take a number and wait his turn to be sued! 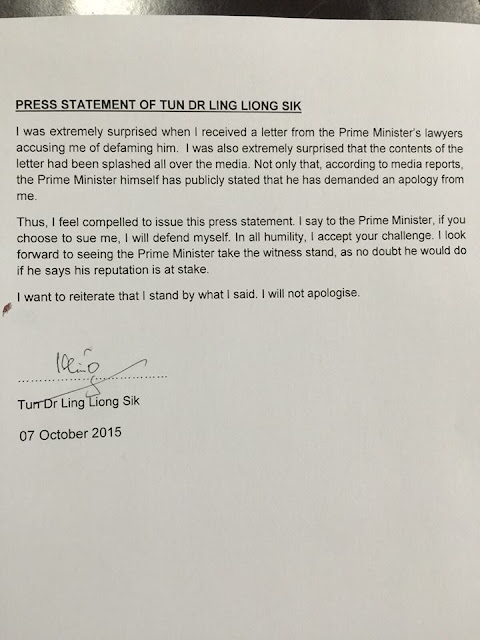 This suing by Najib of anybody who accuses him of being a liar, a cheat and one who steals money must stop! It must stop because it is becoming as common and as ineffective as people making Police Reports. All glitz and glamour immediately after they make the Police report...and then oblivion.

The truth of the matter is simply this:

NAJIB IS A LIAR AND A COMMON THIEF.