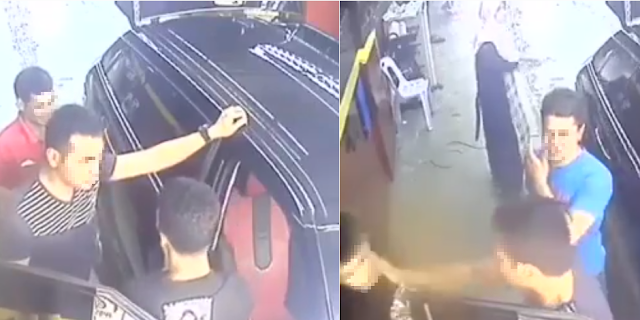 KUALA LUMPUR, Oct 19, 2015:
A businessman was arrested for allegedly slapping a car washer from Bangladeshi in Subang Perdana on Saturday.

He said the 30-year-old man would be remanded for questioning this morning.

“The investigation will continue after the remand is obtained this morning,” he said.
In the incident, which took place at around 12.45pm that day, the victim was injured for allegedly dirtying the suspect’s car.

The victim was said to have suffered injury to his nose and received treatment at Hospital Sungai Buloh.

The case is being investigated under Section 324 of the Penal Code for causing injury.
Posted by STEADYAKU47 at Monday, October 19, 2015