“We want to be dominant, but we don’t want to dominate.” Tun Dr Ismail.

Received this email from a good friend and the content of the view of this prominent person who has hold numerous significant positions in the government, has taken me deeply.
I would like to share his view over here and for us to ponder about, hopefully something better, even how small it is, consciously or unconsciously can be done.

The view of a true Malaysian.


Dominating role not healthy for nation, I think we are farther apart now than we were in 1969. But you have to remember that I grew up going to an English school, to a university where there were people of all races. At that time, although we did think in terms of race, it wasn’t in the way people do now. We felt that we were Malayans. We socialised much better than we do now.

We wanted Malay participation at all levels of economic activity. We wanted to uplift the Malays without reducing the position of the others.. - “eradicating poverty regardless of race”. And this was supposed to be in a situation of growth. Not just sharing the existing cake, but the cake must grow, so that these people also have the opportunity to grow.
At the same time, we also hoped that the Malays would grow a little faster. So, they set this target of 30 per cent equity in 20 years. I was not much in favour of that because I didn’t think it was achievable. I felt that participation was more important than wealth.

You must differentiate between dominance and domination. As Tun Dr Ismail said, “We want to be dominant, but we don’t want to dominate.” 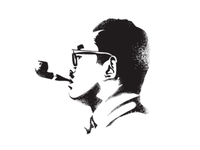 Dominant in the sense that we wanted the Malays to be everywhere; but not to dominate all the others. But we seem to be dominating; and I don’t think that’s healthy for the nation. It’s not about taking your share and not caring about the rest.

I am writing a very controversial but contradictory statement.

Tengku Abdul Rahman is like Dr. Ismail or if you like Dr. Ismail is like Tengku. Controversial because I think Tengku has always wanted Malaya to be led by Malays & by UMNO & contradictorily because people thought he would be very pro Chinese politically, I do not think that Tengku would like to see a Malaysian Chinese Prime Minister.

Despite what Malay young Turks [Mahathir & many Others] say about Tengku that he is a Chinese lover for want of a better word which I cannot think of, I think Tengku is really a Malay Nationalist, he will never give up Malay political dominance post INDEPENDENCE MALAYA. Tengku Abdul Rahman will never give up Malay political dominant position but was willing to let Malayan Chinese to continue on their economic endeavours. That is the reason why he took over from Dato Onn Jaafar, Tengku wanted the Malay people to be the DOMINANT political force in Malaya. BUT HE WAS A VERY FAIR LEADER.

The thought that Malayan Chinese controlled the economy then was also a fallacy because the Britishers controlled 60% of the economy. The Chinese basically are retailers of businesses but not the big estates & tin mines.

When you want to talk & write about Malaysia & racial relationship, I have come to the conclusion there is no end to it.

But life in that sense is interesting as well but I hope cool heads will prevail in the long term.﻿
Posted by STEADYAKU47 at Friday, October 09, 2015