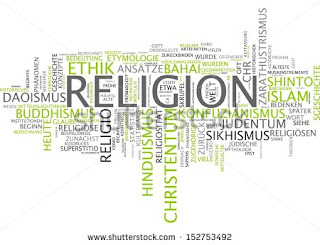 I have never been a servant to religion. Religion serves me. I do not serve religion.

If what I say is sacrilegious...so be it...for you see, for most of my life, I have lived according to what I think is right, what I think is good and what I think would serve me well. And what I do reflects that...."but"...and it is a monumentally big "but" that I still am unsure of ignoring....but, I have steered clear of writing about religion.

I have done so because there are two things I do not like. One is rejection and the other physical pain.

I know that once I go into the realms of religion I risk being rejected by many of those that read what I write because they do not agree with my take on religion. As for physical pain...there will be many who will want to inflict physical pain upon me for my beliefs...what ever those beliefs may be because for any beliefs that you may have there will be some idiot out there who will want to inflict physical pain upon you for that beliefs!

And so for now all that I will say about religion is what I have wrote above : That I have never been a servant to religion. Religion serves me. I do not serve religion.