There may be more, there have to be many more....more brave Malaysians who have risked limbs, life, self and family and made sacrifices that we ordinary mortals might think foolhardy.  For by the things they do to rid us of this corrupt Umno led BN government they are at times taken away from their loved ones, imprisoned or have the means to put a roof over their family heads and food on the table for that family, taken away from them.

We will never know what are in the minds of these few brave Malaysians but it is enough for me that when Anwar Ibrahim could run, he stayed. When Kit Siang at 75 plus could gracefully retire and reflect on a life well lived, he chose to work towards the future we aspire to. When Aruah TGNA should have lived out his twilight years in grace he had to still lead PAS. When Karpal could have focus on his work as a lawyer and profited handsomely, he chose to also to serve Pakatan Rakyat and us.

The same is true for the other few brave men and women who chose to fight our fight for us for they believe passionately that our fight is also their fight.

Everyday the ranks of these few brave Malaysian swells....

What is happening Malaysia today I have already read about decades ago when news of what was happening in far away places could be had by reading Times or Newsweek  - and Times was my preferred reading habit. 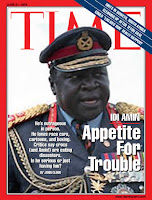 The massive influx of foreign nationals legally and illegally into Malaysia have caused an adverse paradigm shift in our society as our people grapple with the inflow of an uneducated and an unskilled labor force brought into our nation for political gain and profit.

This twin effect of a government abandoning democracy and the massive inflow of foreign workers for political gain and profit wrecks havoc on a Malaysia already compromised by a BN government terminally embroiled in endemic corruption and hubris.

We are past those days when money had to be sourced to pay for the building of Umno's PWTC.

We are past those days when Umno leaders past and present needed to be "looked after".
We are past the days of rigging local and federal elections or looking for money to win elections.

We are past those days of Fleet Group and the use of trustees to hold businesses on behalf of Umno. We are past paying for elections through projects and business opportunities that may run into the tens, maybe hundreds of millions of ringgit.

Umno is past all that.

Today the president himself wants to make the money by the billions for himself to do as he thinks fit - to win election, to reward cronies,to buy Hermes bags, to pay for RM1200 hair do, millions on flowers for a wedding......in fact anything the president thinks he wants to do with the money he will do ! Anything goes.

And to feed that ravenous greed within its own president that grows in tandem with an old wife whose preoccupation with ostentatious wealth puts Imelda Marcos and Emperor Bokassa to shame, the people have had to bear the insanity of a government gone rogue - a government whose prime minister dares to think that he can accept a donation of RM2.6 billion and deposit that donation into his own personal account without having to account for it to the people and to his own party.

The consequences of a government gone rogue does not bear thinking because it is now no longer just about looting, pillaging and plundering billions of ringgits to fill their deep pockets and insatiable greed.....now it is about what will have to come next!

Think of what Najib Razak and his cohorts will now have to do to stay in power?

What will they have to do to stay free?

What will they have to do to stifle opposition to their way of government and our demands for them to be accountable to us for their looting, pillaging and plundering of our national coffers?

Think of what they will have to do to cover up all their atrocities and criminal doings.

Think of all this and look around you and you will see that Najib and his cohorts are already doing it. They have criminalize any form of opposition - political or otherwise, to the way they do government. The judiciary and law enforcement authorities are complicit in enforcing this edict because to not do so risks the wrath of their political masters - of which dismissal would be the least of their worries and financial rewards could be got for compliance.

And all this will not stop, cannot stop, because once Najib decided that he will deliberately deceive, then the rorts, the lies and the deceit can only continue until we the people say "ENOUGH".

You must now ask yourself if that limit has been reached.

We each have an individual responsibility to do what we must once we have the answer to that question.

To know that we must remove this toxic political waste call Najib Razak from our midst and not do anything about it is the way of a coward.

Ask yourself if you are a coward!