SEPANG: A woman who was accused of posting insults on Facebook against Prime Minister Datuk Seri Najib Tun Razak on October 6 last year, pleaded not guilty at the Sessions Court here, today, Kosmo! Online reports.
Syarul Ema Rena Abu Samah  or better known as 'Ratu Naga' on the social networking site, allegedly committed an offense under Section 233(1)(a) of the Communications and Multimedia Act 1998 (Act 588), punishable under Section 233(3) of the same Act.
According to the charge sheet, Syarul Ema is accused of posting an insulting comment on her Facebook account under the name of Ratu Naga on Oct 6 last year, criticising Datuk Seri Najib Tun Razak and members of parliament for signing the TPPA agreement.
Judge Aizatul Akmal Maharani set bail at RM7,000, and the court fixed March 22 for next mention. 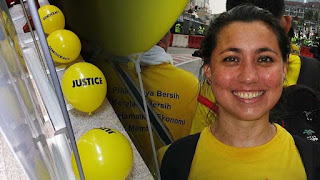 KUALA LUMPUR: A Malaysian woman was charged on Wednesday with insulting scandal-tainted Prime Minister Najib Razak by dropping balloons bearing pro-democracy messages near him during a public event, her lawyer said.
The case against Bilqis Hijjas — dubbed “Balloongate” on social media — has drawn public ridicule as an example of government overkill in pressuring its critics.
Bilqis Hijjas, 36, a dance producer, dropped yellow balloons with the words “justice,” “democracy” and “media freedom” from an upper floor of a shopping mall while Najib and his wife officiated a function down below. 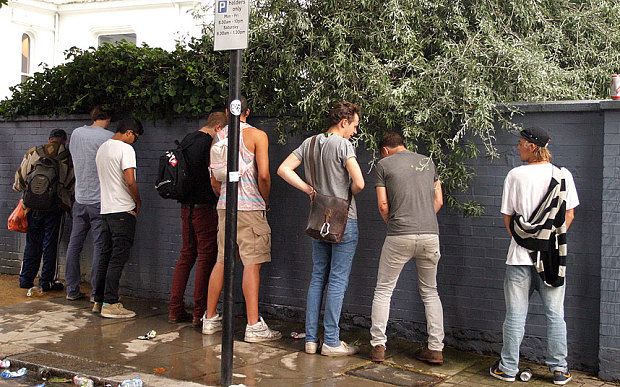 What did I do? When you are in Australia do as the Australians do! Join them lah!

Woman charged with insulting Najib on Facebook over TPPA

Syarul Ema Rena Abu Samah, 35, posted offensive Facebook comments against the prime minister in October last year. – Ratu Naga Facebook pic, February 18, 2016.A building consultant, who uses the name "Ratu Naga" on her Facebook, was charged in the Sessions Court today with insulting Prime Minister Datuk Seri Najib Razak on the social website last October.
Syarul Ema Rena Abu Samah, 35, pleaded not guilty to the charge before judge Aizatul Akmal Maharani.
She was charged with knowingly using the network application, through the "Ratu Naga" Facebook profile, to make and initiate the transmission of offensive comments against Najib over the Trans-Pacific Partnership Agreement (TPPA) with the intent to annoy others.

The offence was allegedly committed on her Facebook page at 12.02 am on October 6, 2015. The charge, under Section 233(1) (a) of the Communications and Multimedia Act 1998, carries a maximum fine of RM50,000 or jail of up to a year, or both, if found guilty, and shall also be liable to a further fine of RM1,000 every day during which the offence is continued after conviction.
Deputy public prosecutor Faizah Mohd Salleh, who prosecuted with prosecuting officer from the Malaysian Communications and Multimedia Commission Norhani Mohd Adzhar, offered bail at between RM3,000 and RM7,000, but Syarul requested the amount to be reduced as she only earned RM3,000 a month and was facing financial problems.
The judge then set bail at RM7,000 with two sureties ad fixed March 22 for mention. – Bernama, February 18, 2016.
- See more at: http://www.themalaysianinsider.com/malaysia/article/woman-charged-with-insulting-najib-on-facebook-over-tppa#sthash.dKuHryO6.dpuf
Posted by STEADYAKU47 at Thursday, February 18, 2016