Reflections from 2013 : cakap cakap...too many Chinese in Melbourne. 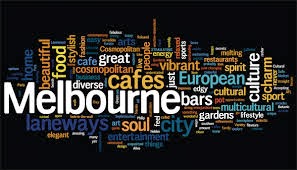 There are too many Chinese in Melbourne! You cannot complain about there being too many Australian here…after all this is their country but everywhere you look in Melbourne, you will see Chinese. Small Chinese, big Chinese. Old Chinese and young Chinese. Chinese who speaks with an impeachable Australian twang and Chinese who yell at each other in spite of the fact that they are sitting right across each other in McDonald's. Yesterday when they were discussing about same sex marriage in Channel 7 there was even a male Chinese with his male Australian partner discussing their recent marriage! Aiyah! 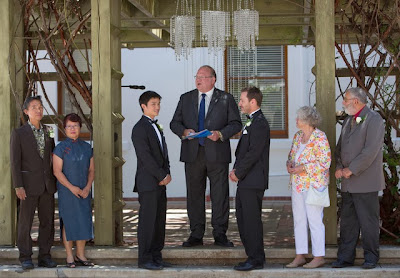 I have nothing against the Chinese but if I want to be surrounded by Chinese I might as well just stay in KL! It just get a bit too much when the post man is a Chinese and the staff at the nearby Post Office are also Chinese! And yes my next door unit neighbor is…..a Chinese too. Across the road is a laundry and thank God it does not belong to a Chinese…but right across the building is painted…..a Dragon! Chinese ma!
A Chinese is always behind the counter at the nearest 7 Eleven which common sense will tell you,….also belongs to  a Chinese. And it just dawn on me that our GP is also Chinese!
Do I feel threatened? Not threatened …but overwhelmed!
But that is Melbourne for you! Very cosmopolitan and very forgiving of anybody that stays here.
Yesterday I was in a long line waiting to get a Christmas hamper which was my due because I was a pensioner. An old Chinese guy wandered to the head of the line and tried to cut ahead of everyone else….and the Australians in the line gave him a real going over and made him understand that he was to go to the back of the line and wait his turn just like everyone else. A few minutes later an old Chinese lady rolled up with her trolley and took her place at the back of the line. The most vocal Australian guy who told off the old Chinese guy for cutting ahead of everybody went over to the old Chinese lady and gave up his place in the line so that she did not have to wait too long. I wish I had thought of doing that!
The Australian insists on a fair go for everybody and nothing gets them more upset than somebody trying to take advantage of a situation. They do not in any way feel threatened by the influx of Asians into Australia. This is because they know that most of the Asians that migrate to Australia can take care of themselves financially and contribute to the betterment of Australia. As for the refugees that have been granted entry into Australia even though they are poor and destitute the Australian feel an obligation to extend a helping hand to those less fortunate than themselves.
If I have any concerns in Australia it is for the young Australians who party too much, drink too much and are beginning to see how far ahead the Asians are when compared to them. This is a worrying development because these young people will grow up to resent the Asians. Already there have been instances when foreigners are accosted in public transport by these young Australians and told to go home…and at times are physically intimidated and attacked…but it would seems that their resentment is directed at anybody better than them rather than just at Asians….but this is a small price to pay to be able to live in Melbourne. A small price indeed.