Najib & Rosmah : "THEY HAVE MONEY BECAUSE THEY ARE CORRUPT!" 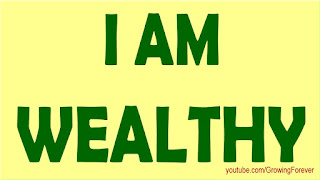 I do not begrudge people getting rich. We all have our thoughts on this. Speaking for myself, I too am looking for just that little bit extra to make my life just that bit more tolerable. The 1997 Mercedes 200 that we have takes care of all our needs. Trips to the clinics to see the doctor, grocery shopping and the once in a while "makan angin" that I take my wife on every now and then....but it would be nice to have CD rather than a cassette player in the car. It would be nice to have temperature control instead of having to constantly adjust the knob to make the temperature inside the car "comfortable" and a nice coat of paint to cover the peeling coat that we now have would also be nice......but as I said, we can live with what we have now.

There are many rich Chinese, Indians and Malays in Malaysia and all over the world. They all have made their money the best way they can....hard work, a laser like focus on what they want out of life and luck...sometimes a lot of luck. There are some who have made money the right way and some the "not so right way". All this they do in the public domain...taking their chances and for any risks they take they are prepared to face the consequences. Those that deal with them are probably the only ones they may get "hurt" in the cut and thrust of the business world.

They get rich on your own efforts, taking risks on business opportunities that may or may not be profitable.

Najib and Rosmah and people of their ilk are a different proposition altogether. They get rich out of their time in public office at the expense of the rakyat.

They make money by being corrupt. There is no two ways of saying that! Let me repeat that:

"THEY HAVE MONEY BECAUSE THEY ARE CORRUPT!"

In Najib Razak and Rosmah we have a prime minister and a wife who have not only amassed insane wealth, but wealth beyond their needs. And that odious amassing of insane wealth does not stop at them. Their families, cronies and anyone agreeable to being complicit in ensuring their political survival can also partake in this greedy harvesting of our national coffers.

This no longer goes on within the four walls of Seri Perdana or within the confines of the PMO, the government, BN or Umno.... not any more.

The greed has become so consuming and the amounts needed to feed this greed have become so large, that the looting can no longer be covert. It is now all out in the public domain for all of us to see. An extravaganza of looting, plundering and pillaging done by all the usual suspects, with the BN government and all it's judicial, enforcement and policing entities at best looking benignly on and at worst, covering up any inconsistencies legal and illegal, that pops up every now and then when the plundering, pillaging and looting gets too uninhibited.

That RM2.6 donation, 1MDB, the goings on in Tabung Haji, EPF, FELDA, Mara and all the other government agencies are manifestation of these greed that Najib, Rosmah and their cohorts are now chronically afflicted with.

Now if you cannot see this ...there is only one reason that you do so. You are part and parcel of this greed affliction and for that you are to be condemned because you are now part of the problem our people, our nation has....one word ...CORRUPTION.

Once again I want to say this " People in public office must not be corrupt". Najib Razak is a corrupt man! He should no longer be prime minister!