Sarawak Report : Najadi Takes His Case To The United Nations

The perceived paralysis of law and order in present day Malaysia has led to a ground-breaking and potentially humiliating development, where the son of the assassinated banker Hussein Najadi has asked the United Nations to intervene to investigate the crime.

Pascal Najadi slapped his petition into the Geneva based Human Rights Council on Monday, saying that he and his family have been made desperate by the blatant refusal of the Malaysian authorities to properly investigate his father’s murder. 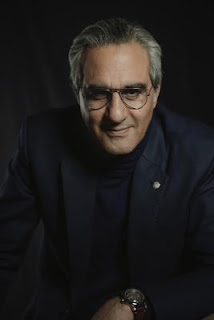 He cites the fact that Najadi was criticising suspicious transactions at AmBank, linked to the present Prime Minister, shortly before his death, as the most likely reason for the inertia on the part of the Malaysian investigators.

The veteran, aged 75, was gunned down in the street in KL in July 2013 after threatening to blow the whistle on what he described as massive corruption at the bank, which he had founded and was still an advisor to, according to his son.

Subsequently, it has been established that Najib had indeed accumulated over a billion dollars in his personal accounts at Ambank, in readiness for the general election in March.
The Prime Minister claims this was an anonymous donation to help UMNO win, but evidence is mounting that it was cash siphoned from the scandal-hit development fund 1MDB.

Much of the money was later transferred back out of KL following the election and the subsequent trail is subject to investigations across several countries, in what is believed to be the world’s largest money laundering investigation.

Tranches of the cash have been frozen by the Singapore authorities and money is also believed to have been frozen in Hong Kong, where it has been alleged much of the AmBank funds were moved to next, following suspicious transaction alerts by Singapore.

Under UN procedure the Najadi family lawyers have addressed their complaint to the Special Rapporteur for Arbitrary Executions, whose remit they say includes the situation facing the murdered banker.

“Certain lines of enquiry have not been followed in the investigation into the murder of Hussein Najadi – purposefully not pursued – which would have included exploring the motives for executing Najadi, including his noted vocal criticism of Najib Razak’s regime, corruption and Najib himself” says Nick Kauffman, Najadi’s lawyer.

Kauffman refers specifically to the failure to press charges against the man who was identified by police as the man who hired the hitman, who has already been jailed.  Lim Yuen Soo was on a Red Notice list for 2 years charged with the murder, but was only eventually arrested after major publicity last year.

He was held secretly by Malaysian police for 8 days and then released on grounds of insufficient evidence.

‘Either he was the wrong man, in which case what has been done to find the right one, or he was exonerated because there was insufficient evidence, in which case why have the Malaysian authorities failed to pursue the case sufficiently to get that evidence?” says Kauffman

The Najadi family have complained there has been virtually no investigation of the background to the case and that they themselves were never questioned about the potential motives. 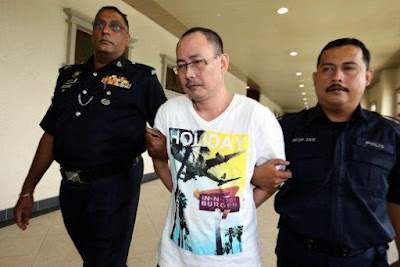 It is now for the Special Rapporteur to decide if there is evidence of a deliberate failure to pursue normal enquiries and procedures in this case and if the UN agrees the complaint is admissible, which is discretionary, the Rapporteur has the ability to issue a letter of allegations to Malaysia to request cooperation in further discovery of the case. Pascal Najadi told Sarawak Report:

“We demand that Malaysia conducts a proper investigation in to the Hussain Najadi Assassination and to shed light on the role of the alleged mastermind Lim Yuen Soo that was on Red Notice alert with INTERPOL for two years. For us the survivors it is a difficult process not being able to find closure. It is a constant struggle but, as with life, we will not give up.”

Malaysia is entitled to ignore the process, an option its rogue prime minister could well fall back on, as the country’s credibility erodes further on matters of law and order and human rights.
Posted by STEADYAKU47 at Wednesday, June 22, 2016