Where is the Money! 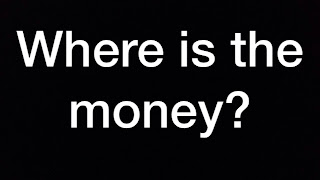 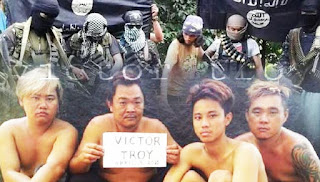 Where is the Rm12million collected by the families of those who were kidnapped, by NGO's and by well wishers....where and to whom has that money gone to? Who took possession of the RM12 million? Who cashed the cheques? What was the rationale behind the DPM decision to donate the money to an Islamic body in the Philippines? Why donate to an Islamic entity in the Philippines? That money was raised to pay the ransom demanded by Abu Sayaff to free the four Malaysians....would it not be the right for the owners of the money to decide if it could be used for anything else?  What arrogance for the DPM to decided that the money should go to an Islamic body in the Philippines! So many questions and of course....no answers!

Abu Sayyaf militants kidnap people to fund their fight for an independent Islamic province in the southwestern part of the Philippines....and more urgently they needed cash to help their counterparts in Basilan Island following massive military operations there to capture their leader Isnilon Hapilon. 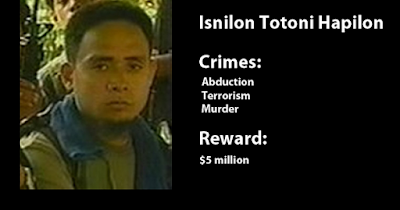 A few days back, a Canadian was beheaded when Canada reused to pay the $6 million ransom demanded by Abu Sayaff for his release.


So why....instead of rejoicing in the release of the four kidnapped Malaysians from the clutches of the Abu Sayaff militants... why are Malaysians asking what was done with the RM12 million collected for the ransom?


steadyaku47 comment :  When Najib cannot explain how he has hundreds of millions of ringgits in his personal bank account....do you expect the DPM  or the IGP to explain where that RM12 million has gone to?
KUALA LUMPUR, June 20 — Abu Sayyaf terrorists who recently released four Malaysian sailors kidnapped off Sabah last April claimed to have been short-changed of RM3 million in their ransom payment, a Philippine daily reported.
The Manila Times quoted two “highly placed sources” in the Philippines government as saying that the southern Philippine militants were angry that they had only received 100 million pesos (RM8.8 million) instead of about 130 million pesos (RM12 million) which was reportedly raised by the hostages’ families to secure their release.
“The missing amount raised suspicions the rebels may be in cahoots with government officials from Malaysia and the Philippines who may have shared the money among themselves,” said the report.
It remains unclear as to where the RM12 million raised by the families went as Malaysian government authorities have repeatedly denied paying ransom to the rebel group.
- See more at: http://www.themalaymailonline.com/malaysia/article/abu-sayyaf-claims-cheated-of-rm3m-in-ransom-payment-to-free-sarawak-hostage?utm_source=twitterfeed&utm_medium=facebook#sthash.6JfW6YPr.dpuf