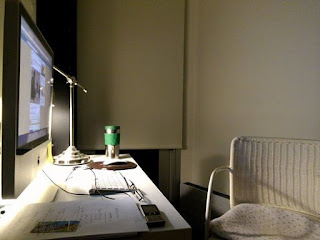 We have seen, before and after the last general election, how people have changed. Some change for better and some for worse...but always any change have been to serve their own personal and political purpose. There are a few that have been above the fray...above politics, above personal and financial considerations and have stayed true to their own convictions...not many but there are a few....two have left us : TGNA and The Lion of Jelutong. One is incarcerated in Sungai Buloh and will continue to be there for some time.... and another is Mr DAP and defecto leader of the opposition in everything but name.

Then there are those who have gone over to the other side...whether the opposition or government. To me anyone who does so are suspect. What is to prevent them from going back to their roots...it would take too long for me to trust any frogs ....and in politics "too long" will be the death of you for by the time you are "accepted as one of us" your political "usefulness" is questionable. Look at the history of "frogs" and you will see what I mean. Of course Anwar Ibrahim has himself jumped ship but having jumped ship his commitment, his deeds and everything else he does...cakap serupa bikin....though it must be said that questions can be asked as to what he has done and intends to do with PKR in the long term. The jury is still out on that one but in the interim PKR suffers.

What of the late TGNA, Karpal and Kit Siang....once all sworn enemies of Anwar Ibrahim when Anwar was in Umno?

It can be said that once the four of them : TGNA, Anwar, Kit Siang and Karpal had signed on the dotted line for Pakatan Rakyat to be a reality...they were together through thick and thin and only at death did they part. I have no hesitation in thinking that Kit Siang and Anwar are still together in their fight to oust Umno and BN.

The others who have cross from one divide to the other are not worth mentioning here. All their gains have been financial and none of them....not one...will have any bearing to the coming general election less then two years away....and some have already serve their purpose and are being discarded without so much as a "thank you" by their present political masters.

I think about all this because that is what I do when I try to seek clarity on the situation in K Hell (Kuala Lumpur). What would I give to be back in K Hell today! The situation is so fluid. Political loyalties are constantly under threat and you can trust no one. If Umno cannot trust or will not trust its own DPM and a past President what hope have the other political entities have with their people.

And what will I do about it?

Write...I will write about what I see, what I know and what I think is right and wrong of all that I see around me in K Hell....but alas I am not in K Hell...and maybe if I am in K Hell I will not be able to write as I want to.

Ahhhthe musings of an old man in Melbourne who thinks that life should be easier....much much easier not only for himself but for everyone else.