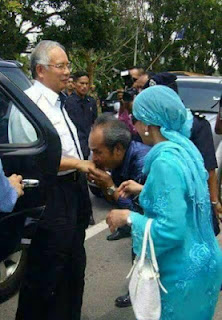 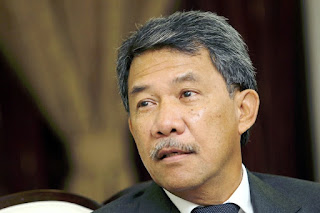 · If a buffoonery is a virtue you gentlemen have this talent in excess of your intelligence. Your demeanour of a baboon going bonkers when the blank space in your Neanderthal head is baffled with bewildered incomprehensibility that representation in parliament or the state assembly is not the equivalence of a jungle or cave.
· Your screaming, raging, ranting, raving and amoking are evidence that you need to be
- Institutionalised as a incurable lunatic in a mental health facility
- Be placed in a zoo with apes and gorillas ( at least we get to throw bananas at you)
- Or put down as you may be a rabid wild dog.
· The only mind boggling helpless explanation on why Pasir Salak or Rembau elected both you apes is that you may be the only endagered idiots facing extinction from those constituencies who can gel with a party of idiots whose claim to international fame is massive corruption and stealing.
· There is so much diarrhoea coming out of your mouths that your anus must be really envious of your mouth. But then again there is so much coming out from the mouths of the hierarchy of the rank and file of your party that a sewage and sludge system worth RM42 billion built specifically and especially for BN’s purpose is not designed to hold such contaminated filth.
· You are both comical and clownish cowards who would not utter a single word of dissent to the royalty that may order you to crawl like lap dogs. Do not threaten the citizens- we are prepared to throw you out.


The criminality of the voting system and our votes have plagued us with imbecile like you who are uncouth and thuggish. comic and clown

Email ThisBlogThis!Share to TwitterShare to FacebookShare to Pinterest
Labels: BUFFONS, CLOWNS AND THUGS