NOT FAKE PICTURES OF THE TWO IDIOTS!

NOT FAKE NEWS. NOT FAKE PICTURES OF THE TWO IDIOTS!
Rosmah Mansor is not your everyday housewife. No Sir! She is a fat and an unsavoury character that dabbles in black magic.
She holds the record for most number of luggage taken on board the Government Jet for a one day trip to Turkey...over 30 bags of luggage carried on board by an army of baggage handlers. This is true because there is video evidence of this...so NOT FAKE NEWS ma!
Some mischievous opposition MP's have hinted that the luggage contained more then the clothes that she needs for that one day trip. I challenged those opposition members of parliament to back up their claims with credible evidence! I cannot and will not believe that the First Lady of Malaysia will carry bags of cash onto OUR government jet to take to Turkey! What do you think she will do with it? Bank the money in Turkey? Why should she? Her in laws are in Kazakhstan...would it not be more sensible for her to bank the money there instead of Turkey? That is why they have that 10 year sentence for anybody publishing fake news...to stop anybody from accusing Rosmah of taking 33 bags of cash to Turkey!!!
So I am not going to say that she brought bags of cash to Turkey. Not me! I do not want to go to prison for ten years!!! 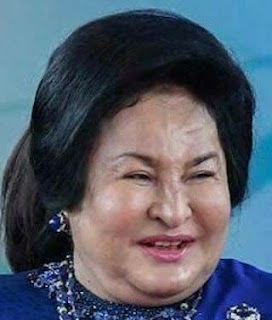 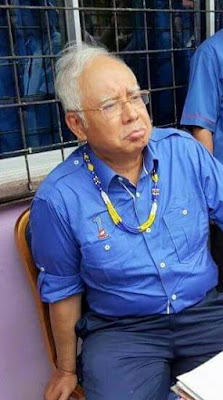 Email ThisBlogThis!Share to TwitterShare to FacebookShare to Pinterest
Labels: Idiots