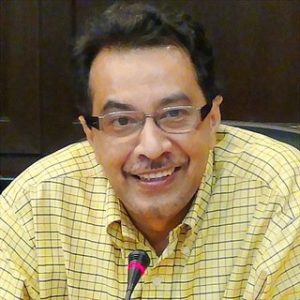 You can choose between the intelligent and articulate Husam Musa, or you can join Hadi Awang in prayer, for an Islamic state under hudud, and be guaranteed a shortcut to heaven.
It appears that Husam’s enemies have laid the foundations to stop him from becoming the Mentri Besar of Kelantan, should Pakatan Harapan win GE-14.
Husam, the assemblyman for Alor, is alim (religious), but he does not wear his religion on his sleeve and he does not pretend that he is “holier than thou”, with long ramblings of holy verses. He is a devout Muslim, but he does not portray himself as an Arab, by prancing about in a white turban, robes and sporting a goatee.
The economics graduate looks more like a professor, than a politician, and this shows when he speaks with passion about his native Kelantan.
He is also a bookworm and when he travels overseas, insists that he visits a few bookshops, to stock his massive home library. Malay leaders are not known to have a penchant for reading, but Husam stands out among the few, like Anwar Ibrahim, Sanusi Junid and Mahathir Mohamad, who have voracious appetites for reading. They open their minds, for they know that real knowledge is power.
Besides books, Kelantan is Husam’s top priority and he has often spoken about his wawasan (vision) for the state, which he feels, has been betrayed by PAS.
He is a progressive Muslim and Malay, but in the parlance of PAS, he might as well be considered a liberal, feminist loving, heathen. 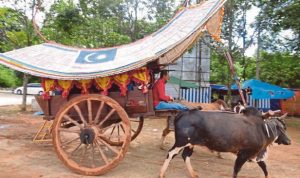 Hadi Awang, the president of PAS, couldn’t be more different than Husam. It is like comparing a lightweight Proton Saga (Hadi) and the solid dependable Rolls Royce Phantom (Husam). Some will disagree and say that I am being too nice. They think that Hadi is more like a kereta lembu.
Our impression of PAS politicians, has been shaped by paranoid rabble rousers, like Hadi, spewing rhetoric which is against non-Malay, non-Muslim and women.

In seminars, Husam has often used his economic background to shape his arguments, whilst the PAS president, Hadi’s focus is on hudud, women’s mode of dress and the afterlife.
Husam has often spoken out against illegal logging which has destroyed Kelantan, and deprived its people, including the Orang Asli, of a livelihood.  During heavy rainfall, the soil is washed into the waterways, creating muddy orange-yellow rivers, the colour of the Amanah logo. As there are no proper flood defences, houses, farmland and crops are washed away. Husam wants to tackle the problem at source, meaning the illegal logging.
Hadi’s explanation for the flooding, if he had one, would probably be to agree with the PAS youth leader, that it was God punishing the Kelantanese for rejecting hudud. 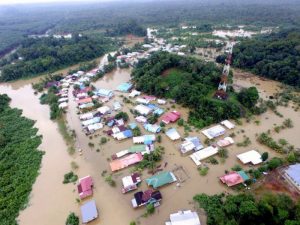 Formerly a vice-president of PAS, Husam was once the party’s spiritual leader, Tok Guru Nik Aziz’s (TGNA) protégé, but after TGNA’s death, Husam’s views about bringing Kelantan into the 21st century, did not resonate with Hadi.
He also disapproved of Hadi’s “unity talks” with Umno-Baru, and was disappointed that Hadi dismissed his reminders, that TGNA opposed any collusion with the enemy – Umno-Baru.
The relationship disintegrated further, with Husam’s constant criticism of PAS’ mismanagement and lack of enforcement in the state.

As one political cynic put it, “Husam and the former PAS members, who formed the splinter group Amanah, are the thinkers, scientists, economists, architects, and doctors. They are reformists, but their voices were drowned out by the likes of Hadi.”
Those who work closely with Husam, speak of a man who is driven by the needs of his state. He does not crave publicity, or power. He prefers to keep in the shadows. “He comes to every talk, well armed with information. He is one of the few, who deals with the everyday issues which affect the people. There is no hidden agenda.
“He wants to empower the Kelantan youth, because many have left the state in search of greener pastures. He worries that those who remain, lack opportunities.”
Another Kelantan native said, “Instead of tapping into their creative power, PAS has stunted the aspirations of the youth. Hadi talks about the after-life, hudud and prayers to damn Pakatan.
“On the other hand, Husam wants to invest in infrastructure, the economy, the environment, job creation, empowering the youth, women and the Orang Asli. He hopes to fund his vision from the oil royalties owed by Putrajaya.
“Under Hadi, the reality is too depressing to contemplate. Many Kelantanese use drugs as an escape.” 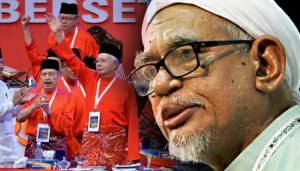 Many of Kelantan’s natural attractions are underpromoted, but Husam’s dream is to capitalise on this, and transform the state into a centre of tourism. He said, “Malacca has fewer natural sites and yet it is popular with tourists. They contribute to the state economy.”
He is not afraid to speak-out against corruption and is now the subject of many lawsuits by PAS. Although he rarely gives press conferences, his talks are often uploaded onto YouTube. As a former Exco member, he has access to information, and this is why PAS fears him.
A former Malaysian who attended Husam’s recent talk in London said, “Husam has a good grasp of facts as he demonstrated in the Q & A on logging, and housing. He is well informed about the People’s Republic of China’s economic development, and repeatedly referred to Deng Xiaoping.
“He suggests that if the communists are able to effectively manage their housing and economy, then so should Malaysians.”
A political cynic said, “He is better than MB material, and would make a good Malaysian PM.
“He satisfies the current requirements, and most importantly, he has no political baggage, unlike the others.”
He has been stripped of his Datukship, and his exposure of the corruption and wrongdoings of PAS has prompted a string of lawsuits against him; but you can’t keep a good man down with such tactics.