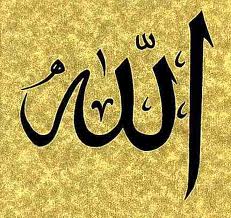 Do not call upon ALLAH to guide the Muslims in Malaysia to vote for UMNO just because UMNO has made Islam the official Religion of Malaysia.

Do not call upon ALLAH to give enough wisdom to the Muslim in Malaysia to make the right choices and vote for UMNO in Kelantan because UMNO will do more for Islam in Kelantan then PAS.

Do not call upon ALLAH to ensure that the Muslims will vote for UMNO because UMNO prevented Malay speaking Christians and Sikhs from using “ALLAH” for their religious prayers.

And do not ask ALLAH to be partial to UMNO just because UMNO is now looking the other way while this Ibrahim Ali is threatening Christians nationwide that he would wage a crusade or holy war should they proceed with their agenda to usurp Islam.

Because if ALLAH really hears what you are asking and open the hearts and minds of the Muslims to what UMNO has been doing to the Malays (who are Muslims!) in these last 52 years, what happens to UMNO?

UMNO will agree that ALLAH knows everything, sees everything and HE will be not be pleased with the RM$500 million Najib gave to Razak Baginda as commission for that submarine purchase, because that was the cause of the murder of Altantuya! HE would not be please with the Muslims killed at Memali, the billions frittered away on corruption and abuse of their executive power by the UMNO Ministers!

ALLAH will want an explanation from UMNO why so much money is needed by UMNO to win elections. HE knows why but UMNO will still have to answer to HIM.

And ALLAH will question why Kelantan has to filed a suit on August 30th 2010 re the following:

And the Kelantan State government do so because:

And ALLAH knows that Kelantan is an Islamic state par excellance but HE will still give UMNO an opportunity to explain. Can you explain Najib?

And if UMNO is the guardians of Islam in Malaysia why is UMNO going after another Muslim on sex charges that will not hold its own under Islam. If  the Sultans  are the Head of Islam in their State why are there Sultans with off springs born out of wedlock and one Sultan had even committed murder…and the list goes on!

In short I would suggest that UMNO not ask for too much help from the ALMIGHTY for if ALLAH was to open the hearts and minds of all Muslims in Malaysia so that we can all see the truth about UMNO, where would UMNO be after the 13th General Elections?
Posted by STEADYAKU47 at Thursday, May 19, 2011

Email ThisBlogThis!Share to TwitterShare to FacebookShare to Pinterest
Labels: ALLAH and UMNO