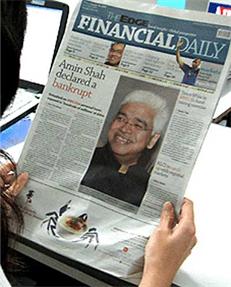 The Naval Dockyard at Lumut was completed in 1984 at a cost of RM650 million to provide ship repairs and maintenance for RMN ships.
This Naval Dockyard was corporatised as Limbungan TLDM, a wholly owned government company. It had modern facilities to meet the total maintenance requirements of the Royal Malaysian Navy fleet, from hull repairs to major overhauls and from radar refitting to weapon systems refurbishment
In 1993, the then Defense Minister, Najib Razak, announced that the Royal Malaysian Navy will acquire 27 Patrol Vessels costing RM4 billion. Under the terms of contract, the contractor is obligated to deliver the vessels in stages with the first vessel to be ready by 1997-within 48 months after the signing of the agreement. The dockyard would then produce two ships a year.
Naval Dockyard Sdn Bhd was appointed the main contractor in a consortium with the German Naval Group and Penang Shipping Corporation (PSC-NDSB), led by Amin Shah Omar Shah.
PSC-NDSB was privatized in December 1995 for RM300 million and the privatization agreement included the rights to provide maintenance work and services to all RMN vessels for 15 years besides the construction of the 27 Patrol Vessels.
In September 1998 the consortium was awarded a revised contract to design and build six patrol vessels for the Royal Malaysian Navy for the contract price of RM5.35 billion. The contractor is obligated to deliver the vessels in stages, starting from March 2004 and completing delivery in April 2007.

The Defense Ministry paid in advance RM4.26 billion to the contractor in December 2006 when the progress of the work done only amounted to RM2.87 billion.
Mid-2006 two barely operational patrol boats were delivered.
In 2007 the Auditor-General tabled a report in Parliament detailing 298 recorded complaints on the two boats and the following defects:
·      100 uncompleted items in one.
·      383 uncompleted items in the other.
According to the Auditor-General, 14 progressive payments amounting to RM943 million had been paid out despite the fact that he could find no payment vouchers or relevant documents dealing with the payments.
He attributed the failure to serious financial mismanagement and technical incompetence stemming from the fact that PSC had never built anything but trawlers or police boats before being given the contract by the Ministry of Defense! (Auditor-General’s Report 2006, September 7, 2007)
The Auditor-General’s Report estimated that the government could claim at least RM214 million in penalties for the late delivery of the two OPVs and non-delivery of the remaining four. 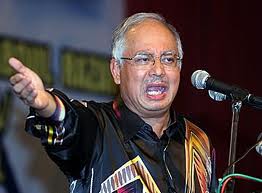 With thanks to Kua Kia Soong