ALTANTUYA : If I had a single flower for every time I think about you, I could walk forever in my garden. 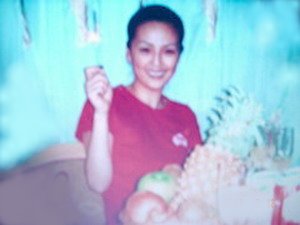 There are not many people in this world who are known by just one name. Diana, Madonna, Ghandi, Elvis and now Altantuya. Her last goodbye, her last moments on this earth, her last conscious thoughts? What were they? It must have been a long last goodbye from the moment that she knew that she would be killed – before they shot her in the head.

Gone. Taken away by two people who she did not even know! And she must have been so alone being far from home and her family. Unable to keep her promise to come back to her son. Unable to prepare herself for death.

For the Father that she left behind he can only say “If I had a single flower for every time I think about you, I could walk forever in my garden”.

There is no perfect ending to her life….we cannot even begin to try and understand the horror, fear and desperateness she must have gone through in the last moments of her life. We must pray for her. Be rest assured her story is not over yet. Razak Baginda and Najib Razak have more to tell. We will wait until it is time for them to tell us more.

This is the last letter by Altantuya

“Dear, all Malaysia goverment or police, or embassy of Mongolia, or Newspapers.”
“My name is Shaariibuu Altantuya, I came to Malaysia to see my boyfriend Mr. Razak Abdullah Baginda. He married and live with his daughter Rowena and wife and parents in Damansara heights, Jalan Setia Jaya 22.”
“His office in Jalan ampak, yes I have been visiting his house and office, because I needed to see him, yes I asked from him money, but I have reason. I’m nice person, I can’t hurt someone. But Mr A. Razak Baginda is powerfull person, he have money, he have connection in police, in government.”
“He trying to scare me, trying to kill me. He send his two indian men to follow me, one of them Suraj Kumar, he been coming to my hotel room every morning around 5.00 a.m and knocking door, trying to scare me. Another one of bodyguard said to me if i could i already (illegible) you.”
“They have been following me for 4-5 days. Even my hotel, where I staying workers know. That time I really scared, I have some problem now time, Mr. Razak Baginda promised to help me when I was Mongolia,”
“That’s the why I came to see him and for help. But he trying to kill me. And that indians told me they have connection with police so they will put me to jail. Yes, maybe I did mistake to bother him to blackmail him, but if he didn’t promise to me I would never come from far away to Malaysia.”
“Only reason I’m here is I asking help from Mr Razak. I get p.I, privite invistogetor Mr Hoh. But today he told me, that indians could kill and put down from window. And before I writed letter I’ll suicide myself, because I have no choice, he told that they have my letter’s so they kill me and says she suicide.” 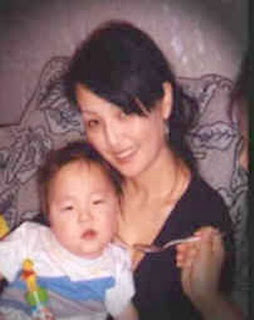 Email ThisBlogThis!Share to TwitterShare to FacebookShare to Pinterest
Labels: Altantuya