Cakap cakap : You are one. With me we are two. 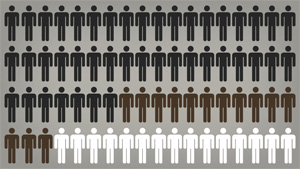 Race and Religion issues best left to those with clear heads and balance judgement to discuss. There are valid reasons why our past political leaders, in their wisdom, did not want these matters open to public debates by those who will seek to argue these issues for their own vested interests and in the process disturb an already fragile racial divide.Nothing so inflame a person then to have others deride their RACE and RELIGION.

But desperate people make desperate choices – and UMNO is desperate. In all seriousness there is nobody of any significance within amongst UMNO that could be presented to the people of this country to be leader for all Malaysians. None that could stand in the shadow or Anwar Ibrahim, Lim Kit Siang or Tok Guru. Pretenders they are plenty but it is laughable to think that Najib, Muhyiddin or Mukhriz can stand on the same stage and go head to head with these leaders of Pakatan Rakyat.

So what has UMNO got left but to go back to the fundamentals. Race, Religion, Politics and the glue that holds all this together: MONEY! Everybody needs money but there are degrees of desperation before one does the unthinkable. For UMNO to use Race and Religion is an indication of their desperation and the need to do the unthinkable. 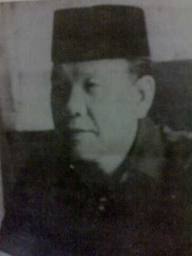 Hussein Onn knew that despite Dato Harun Idris massive support within the Malays, he still went for Harun on corruption charges, brought him to trial and when convicted jailed for three of the six years he was sentenced to, and then pardoned by the Agong. What do you think Hussein Onn would have done to Ibrahim Ali?

In Memali, because of politics and religious differences, rubber tappers, farmers, men and women armed with parang and spears and one or two handguns: all Malays: fourteen in numbers: were gunned down by 200 armed policemen, and all fourteen were branded as “criminals”. Here there was the political resolve by UMNO to kill other Malays. Not because UMNO was desperate then to cling to power, but because they could kill those fourteen Malays and get away with it. Truly a display or arrogance beyond comprehension for most of us!

And now we have Perkasa and Ibrahim Idiot Ali! Now UMNO is driven by desperation to try and move the Malays into their camps by any means possible. And they choose race and religion to do so. Damm the consequences, damm the harm it will do to the closing racial divide and damm what it will do to the nations future. What matters is holding on to power.

If UMNO does not care then we must care! If you read this then you must care. It is just past 9am here in Adelaide. I have been up since 6 am working on my blog - it is winter and it is cold and I have two heaters on to keep me warm.

I have been away from KL for almost three years now but if you think I do not care about what happens in Malaysia, then think again. With my PC I am aware of what is happening in Malaysia in real time. I “talk” with friends and acquaintances everyday – more so then most of you. I know there are enough of us out there to make a difference to the outcome of the 13th General Elections. But we are not organized. The “oomph” of the 12th General Election is now dissipated. We have been weakened by time, complacency and general malaise. And the only saving grace is that we know that this is so! We need to start again to gather together the critical mass of voters needed to give our country a chance for change. If things do not change after 52 years of UMNO rule then we change. Change for the better!

But for most of us we will need to change our thoughts first. Get involve with what Pakatan Rakyat is doing. Pakatan Rakyat is only as strong as we make them to be. Their leaders are nothing without us. For all of DSAI, Hadi and Kit Siang’s bluster and thunder they would be dishearten if they do not have us with them.We are better for their resolved to lead us. We need each other to secure the 13th General Election for ourselves. Go do something today to make that difference and be the change you want Malaysia to be….even if it is to just raise one finger to Najib as he passes by with his motorcade making worse the traffic jam that you are already in! You do that and I will do my work on steadyaku47. You are one. With me we are two!

Email ThisBlogThis!Share to TwitterShare to FacebookShare to Pinterest
Labels: Cakap cakap, you are one with me you are two.