Why was Zainuddin Maidin not prosecuted for having an affair with a young girl while his wife lay paralysed in bed?

Why was the then Menteri Besar of Selangor, Muhammad Mohd Taib not prosecuted for eloping to Thailand to secretly marry his second wife? This same Menteri Besar was also the cause of a marriage breakdown when his affair with some one's wife came to the knowledge of her husband! 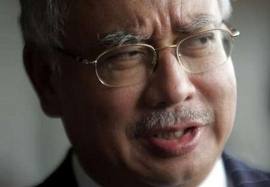 Why was Najib Tun Razak not prosecuted after being caught with Ziana Zain?

We are still waiting for this TAN SRI Rahim Thamby Chik to be tarred and feathered as a paedophile - raping an underage Malay School girl while Chief Minister of Melaka - truly a despicable act! 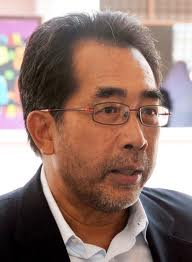 We all know the Raba Raba Minister that is now  our Ambassador in Washington! His Excellency JJ.  Huh! Nothing done there too. 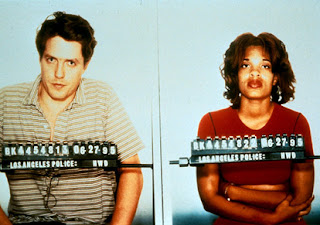 While dating Elizabeth Hurley, Grant pleaded guilty to a misdemeanor lewd conduct charge in 1995 after being caught with Hollywood prostitute Brown.
(oopss...sorry....but you have agree that they all belong in the same circle of sexual deviants!)

The above (with the exception of Hugh Grant and Brown) are the preliminary list of naughty First Tier Bumiputra in UMNO partial to a little bit sex on the side. Please submit any others who deserve to be put in the above list as First Tier UMNO sex maniacs!
Posted by STEADYAKU47 at Tuesday, May 17, 2011