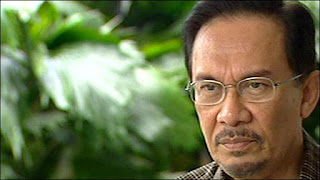 "Even more insidious than religion being used as a tool to maintain power but integral to that phenomenon is the role of religious charlatans in politics. These are politicians who use religious platforms to get support. In the Malaysian context, unscrupulous politicians use Islam to gain support from Muslims who form the majority population in the country.

I have written enough recently on this issue but still feel compel to respond to what this Syed Mohd Salim has written recently in his letter to Malaysia Today. Basically what he has said in the first six paragraphs of his posting can be condensed into this one sentence I highlighted in my posting:

Among Politicians the esteem of religion is profitable, the principles of it troublesome.

Syed then goes on in the last six paragraphs of his letter to argue that Datuk Seri Anwar Ibrahim, who he says is a scoundrel, uses religion as his refuge.

I beg to differ.

In 1974 I did not see DSAI use religion as his refuge or sanctuary when he was arrested during student protests against rural poverty and hunger and imprisoned under the ISA for 20 months in the Amounting Detention Centre. 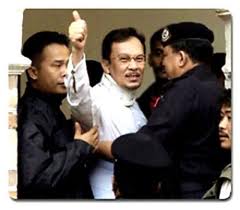 I have yet to see DSAI use religion as a refuge or sanctuary for himself against the viral personal vendetta of Mahathir. The same Mahathir who used PDRM, The Judiciary and all means at his disposal to pursue DSAI until he was incarcerated in Sugai Buloh.

I did not see DSAI use religion to seek justice after he was bludgeoned by the Inspector Gseneral of Police while under Police custody.

I did not see DSAI seek divine intervention through religion to prove his innocence from the sodomy 1 conviction that was ultimately overturned by the Federal Court! 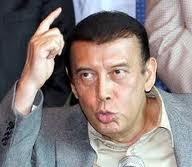 And now this Carcosa Tape allegations against DSAI. Was it not Rahim Thamby Chik that thundered to us all that it was his duty to ensue that no Muslim of low morals should ever be Prime Minister of Malaysia. The same Rahim Thamby Chik that raped an underage Malay Schoolgirl while Chief Minister of Melaka? Or is it okay to rape an underage Malay schoolgirl when you are already a Chief Minister? This is a classic case situation where you are required to shoot the messenger rather then listen to the message he has to deliver.

DSAI’s stand is clear. He has not and will not allow religion to be ridiculed and brought down to the tardy level where Muslims of questionable character calls upon the name of ALLAH in vain to protest their innocence. DSAI knows that for us mortals, it is the Judiciary that will ultimately decide on your innocence or guilt…sooner or later. As in his sodomy 1 case, it was later. Much, much later.

I too have a problem with a number of those that read what I write who are convinced that I am from UMNO, was with UMNO and write for UMNO. What do you think they would say if I were to utter “Demi ALLAH I am not?” Would it make any difference to what they think of me? The proof would be in reading what I write and having the mental capacity and capability to understand that when I say “UMNO is  lies. UMNO is deceit. UMNO is greed and arrongance”…..it means that I might just be a little, just a little bit, upset with UMNO.

What DSAI did in ABIM (considered the most organized force in Islamic revivalism in Malaysia) was work he did in his personal capacity before politics.

How he outflanked PAS while in UMNO is politics.

Being a pious Muslim is his lifestyle of choice. Who  is this Syed to tells us that any man is pious or a devil.  If DSAI Islamic cloak is getting thread-bare then he would have to face his maker on judgement day. It is not for Syed to pass judgement on the sincerity or piousness of any hamba ALLAH.

Brothers and Sisters go read what Syed and others write…but you must be wary  for the written word is fraught with nuances that will seduce the unwary into realms of their own making. You can read and you can think. Think right!

Email ThisBlogThis!Share to TwitterShare to FacebookShare to Pinterest
Labels: Anwar a scoundrel