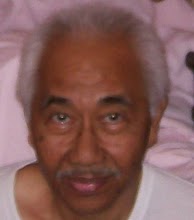 Do not blame anyone else but ourselves for what we are. If your father is a poor man it is your fate. But we Malays chose UMNO for the past 12 general elections. And if we chose UMNO again in the 13th general elections then it is sheer lunacy. We must not fight amongst themselves for the privilege of claiming bragging rights that we were instrumental in ousting UMNO or in making UMNO relevant to the Malays again. Whatever! Just vote UMNO out!

Yes we Malays had great hope of standing shoulder to shoulder with the non-Malays in education, in commerce and industry and generally in life. But we should have been more specific. We should have told UMNO that we want all that but without the corruption, without the abuses of Ketuanan Melayu done in the name of the Malays and certainly without an UMNO that takes for itself what is rightly for the Malays. We cannot change UMNO but we can change ourselves and sometimes that will make all the difference.

Do not talk to me anymore about life not being fair to you in the Malaysia that we now live in.

For you Chinese that finds it impossible to accept the realities of having UMNO dictate how you should live and conduct yourself I say this. Wake up and do something about it if not get out.

For the Indians who feel the misery of being treated as an anak angkat when you are family, I tell you to stop complaining and get yourself ready to face not the Malays or the Chinese – but first your own leaders that have allowed the vestiges of the caste system to still prevail amongst your people to its own detriment and suffering.

But for all of you that are against BN, do you not know that we are bleeding now? Arterial bleeding! This type of bleeding that pulsates and squirts blood as the pulse beat.  It must be stopped urgently. We must stop this bleeding that comes from within us.
I am saddened to see old friends now come to do battle with us because they see Pakatan Rakyat as playing politics to serve the self interest of its own leaders. Do they hope for PR leaders to transcend politics and be great statesmen who are “above” politics even before they are given the opportunity to be statesmen?

I do not think that Karpal. Lim Kit Siang, Hadi, Tok Guru and DSAI are self seeking. They are committed to something larger then themselves. Committed to us, to our country and to good, open government. We are committed to wanting them to do good in politics. We the people will shape and make the choices that determine our life and we choose to do this with Pakatan Rakyat. We pray that our thoughts, hopes and beliefs will be that of PR. Our common good would take precedence over the good of individuals and the vested interests of politicians within PR. That is the promise we must each make to ourselves. You are one. With me we are two. Who else will join us?
Posted by STEADYAKU47 at Wednesday, May 25, 2011

Email ThisBlogThis!Share to TwitterShare to FacebookShare to Pinterest
Labels: cakap cakap...A Malay at 63. My thoughts...