ALL YOU NEED IS LOVE

I love the Beatles. John, George, Paul and Ringo:  I knew them all though they did not know me. I lived in the same country as they did in the 1960s – the United Kingdom. Breath the same air and I think I once saw Ringo drive by in his Mini Cooper S while waiting for my then girlfriend now wife to finsh work at Selfridges…and who is to tell me that it was not Ringo? 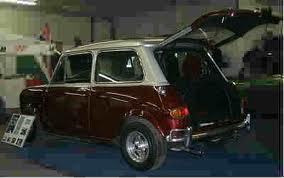 “Ringo wanted a top of the range Mini with a racing engine - the Mini Cooper 'S' modified to hold his drum kit (!) and to include all 'mod cons' such as electric windows, sunroof and a special walnut dashboard.
So to fit his drumkit in, a folding rear seat was incorporated and the back cut out to make a tailgate - one of the very first three door hatchbacks!” 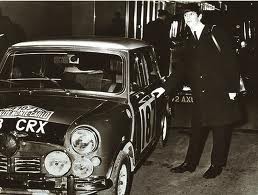 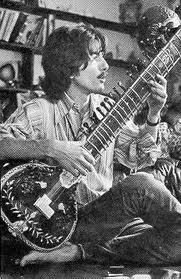 When George embraced Indian Culture, Hinduism and started playing the Sitar, I went out and bought a Ravi Shakar record (just one because that was all I could afford) and spent countless hours trying to make head or tail of the melody instead of studying. It took me a while but eventually I accepted that his music was not music you can hum or whistle to. A darken room lighted with candles and incense wafting around you made the experience more profound: what ever profound meant to me then.

Paul was always the nice one. When “Hey Jude” was released around the late 60s three things was imprinted in my memory. That the song was more then seven minutes long, that Paul looked to good for his own good and that one Sikh singing “na na na na na na na” as the song fades into history.

In 1968, John Lennon and his wife Cynthia Lennon separated due to John's affair with Yoko Ono. Soon afterwards, Paul McCartney drove out to visit Cynthia and Julian, her son with Lennon. "We'd been very good friends for millions of years and I thought it was a bit much for them suddenly to be personae non gratae and out of my life," McCartney said. Cynthia Lennon recalled, "I was truly surprised when, one afternoon, Paul arrived on his own. I was touched by his obvious concern for our welfare.... On the journey down he composed 'Hey Jude' in the car. I will never forget Paul's gesture of care and concern in coming to see us."

John Lennon was to far ahead of his time then for me to understand him.  It is only now that I can see him for what he truly is. An individual unafraid to live his life as he likes it. …no matter what!

Together they were the Beatles! 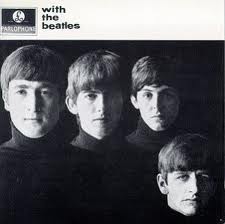 George and John are no longer with us. Ringo has asked us to leave him alone.

"This is a serious message to everybody watching my update right now. Peace and love, peace and love," Ringo said.   "I want to tell you please -- after the 20th of October do not send fan mail to any address that you have. Nothing will be signed after the 20th of October. If that has the date on the envelope it's going to be tossed.   "I'm warning you with peace and love I have too much to do. So no more fan mail, thank you, thank you, and no objects to be signed. Nothing."

And of course Paul is getting married again. He is not to comfortable living in sin

The greatest Beatle song? Everyone will have his or her favorite. Impossible to pick. Imagine my delight when while tripping through the light fantastic on the World Wide Web I came across a radio station devoted to the Beatles!

There are still Beatles songs and music I have not heard and looking for them is a labor of love. Even now when the strains of “She loves you yeah yeah yeah” comes across the airwaves I still stop what I am doing to listen and all the memories comes rushing back and tugs at my heartstrings. Good times when life was less complicated. Good and bad were clearly defined and London was then the center of the universe. Twiggy, The Shrimp, Bailey, mini skirts, pirate radio station, Shindig, Carnaby Street, George Best,  the Rolling Stone…it was all about youth. And then there was “Blow UP” and “Modesty Blaise”, “The Avengers”…etc etc.

I was aware of living in London then but not aware enough to really live and drink the nectar of the 60’s so that it would always be a part of me. It is all now gone. The Beatles still alive though. Two Beatles have died, long live the Beatles. I grew up with them and now they are growing old with me. We are still together…as they say “All we need is love”

Email ThisBlogThis!Share to TwitterShare to FacebookShare to Pinterest
Labels: All you need is love