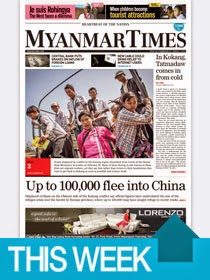 Living under the tawdry and sinking regime of Prime Minister Najib Razak must seem to Malaysians like death by treacle.

They are drowning in a gluey black sea of venality the likes of which has not been seen in this region since the days of President Ferdinand Marcos in the Philippines.

The mounting litany of shameful episodes that have riven that nation all appear to be traceable to the hapless PM, who is also the head of the dominant political party, the United Malays National Organisation.

Things are so bad that last week the UMNO-owned newspaper, Utusan Malaysia, carried an outrageous editorial that tried to exonerate Najib and shift the blame elsewhere.

It failed, of course, because it was arguing against facts that indicate to all Malaysians that Najib is steadily sinking into the treacly pit of corruption and maladministration into which he has plunged his country.

If you think this is over the top, just consider a few of the more damning indictments against the PM and his band of gangsters, cheats and philanderers.

First, there are the missing billions of taxpayers’ money. It is hard to truly comprehend the full magnitude of this gigantic, nepotistic malfeasance, and even the illustrious New York Times took three pages to try to do it.

Suffice to say that Najib’s stepson, Riza Aziz, the offspring of the PM’s second wife Rosmah, is the man apparently responsible for most of the woes brought about by this debacle – otherwise known as 1MDB.

The initials stand for 1Malaysia Development Berhad, a sovereign wealth fund that has lost billions due to corruption and mismanagement, and is still weighed down by massive nonperforming loans.

The fund appears to be almost entirely controlled by Najib, Aziz and a flamboyant Penang conman called Jho Low - no relation to Jennifer Lopez, though he mixes with Paris Hilton and other Hollywood starlets.

Why and how? There is no clear answer, except to recall that Najib is under the sway of Rosmah, a shopaholic wrecking ball, who shrugs off ridicule and ignores how her actions thwart her husband’s premiership.

In truth, the personal damage to Najib is piffling compared to the disastrous effect the huge 1MDB losses are having on the already fragile Malaysian economy.

He may be right. Certainly, there are already worries that if and when 1MDB collapses, the nation’s financial system may take a hit that will dwarf the effect of the Asian Financial Crisis in 1997.

And bear in mind that Malaysia’s resource-dependent economy is already in trouble due to the depressed price of its key exports, petroleum oil and palm oil.

Last month, Najib announced US$1.5 billion in spending cuts and said Malaysia’s economic growth would fall from 6 percent to between 4.5pc and 5.5pc this year.

The economic woes have been compounded by diminishing political support at home.
In the last general election two years ago, Najib vowed to reverse the drop in votes that his UMNO-led coalition had witnessed under his predecessor, PM Abdullah Badawi.

It did not happen. His government ceded even more seats and lost four state assemblies and the overall popular vote to the opposition People’s Alliance, led by Anwar Ibrahim.
Since that chastening experience, Najib has clung onto the UMNO leadership by appeasing his key support base, the nation’s Malay-Muslim majority, and marginalising the minority Chinese and Indian communities.

This shocking move was his only option, or else he would have faced the same fate as Abdullah, who was elbowed out after his election failure by UMNO party men.

Concurrently, Najib has reversed his promise to dump the colonial-era Sedition Act, and instead applied it with increasing frequency against oppositionists, lawyers, journalists and academics.

Most recently, Anwar has been jailed for five years after a dubious sodomy conviction, while one of the nation’s popular cartoonists has been detained for drawing caricatures that lampoon the farcical Anwar trial.

Not only do these actions signal a premier running scared – as would be expected after the 1MDB catastrophe and his election setback – but they are grotesquely hypocritical.
Tarring Anwar with sodomy conveniently distracts attention from the fact that Najib, a notorious philanderer in his early days like most UMNO leaders, may be complicit in the murder of a Mongolian model.

The demise of this woman, the lover of the PM’s closest adviser and many Malaysians suspect also Najib’s mistress, is under investigation due to a $155 million kickback in an intertwined submarine deal negotiated when Najib was defence minister.

All of this led Utusan to issue its absurd editorial that – wait for it – blamed America for the country’s woes. It even accused Washington, which has criticised Anwar’s jailing, of copying the opposition leader’s behaviour.

According to Utusan, “The US wants to ‘sodomise’ our legal and judicial system, even though the majority of Malaysians agree with the court’s decision.”

Well, that is a moot point. Certainly the voting pattern suggests most Malaysians would happily accept Anwar as their next PM.

In any case, Najib’s survival may depend more on UMNO elders like former PM Mahathir Mohamad, and former finance ministers Daim Zainuddin and Razaleigh Hamzah.

Since they have all turned against him, though, the omens are not good.