Sanity in Malaysia : Ajaib Tapi Benar : Only in Bolehland! 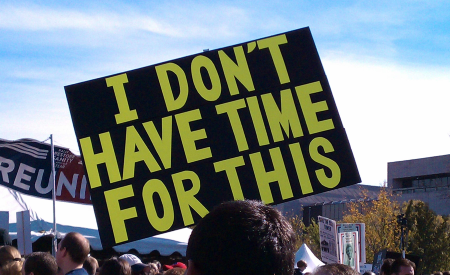 From here in Melbourne I watch amazed at the things that are happening back in KL.

A Prime Minister directing his Auditor General to vet the account of a company of which he is Chairman of in spite of getting the all clear from his own Cabinet who has expressed confidence that no wrongdoing has been committed by the said company. Is the veracity of any utterance by Cabinet no longer a given? Is the involvement of the Prime Minister in the company no longer a guarantee that nothing but excellence shall be the way that that company is to be managed? To both those questions the answer seems to be an emphatic "No"! Cabinet and this Prime Minister has as much credibility as a promise by Bashar al-Assad to not kill his own people.

Then there is a report that says " fourteen more enforcement officers and other civil servants " have been caught in a MACC dragnet over diesel smuggling. ...fourteen more? How many have been caught so far? Forty people have been detained - and amongst them was a policeman, 3 from customs, 2 from General Operations Force, a former official of the ministry and 2 former army officers and counting! Why is nobody surprised that those who have sworn to protect us are stabbing us in the back? Because in Malaysia whatever it takes to make corruption work will be done. For this diesel smuggling to work all of the above who would have to be "kautim"....and that was done!

Can you imagine how many people would have to "work together" for FGV to buy those properties in London? From senior management within Felda Investment Corp to the Chairman of FGV. All are complicit in using FIC for their own financial gain. Like a fish that rots from the head, FGV was a "no go" from the time Isa was appointed its Chairman by Najib! You and I knew this! How come this clueless Najib did not!

The GST will come into force on 1st April. This BN government does have a sense of humor after all in enforcing GST on April Fools day - or is it just a macabre sense of humor that tells the people of Malaysia what their government thinks of them? As fools!

So far 42,000 SMEs (small and medium enterprises) has failed to register their business for GST by the 1st of March deadline. All of these 42,000 SMEs will be fined RM15,000 (fifteen thousand) each - another stream of revenue for the government! But wait! Already there is talk about the authorities reconsidering this punitive action! Don't worry lah...for sure no fine lah. Can always kautim! Lose too many votes if these errant SME's are fined...in fact I would go further and make a prediction that even if there are still SME's who do not comply with GST's requirements there will be a grace period first. If they still fail to comply there will be an extension of that grace period. No three strikes and you are out...at the third strike these SME's will be given an amnesty period (which is different from a grace period!) - so how to make this GST work?

We are told that RM2.4 billion in revenue is being lost from the smuggling of cigarettes and liquor. A word for the authorities...look up the SOP of diesel smuggling and start looking at who is closing one eye and shutting the other to make the smuggling of cigarettes and liquor possible. Try Domestic Trade, Cooperatives and Consumerism Ministry, local authorities, the Police and the Malaysian Maritime Enforcement Agency and that is just for starters!

And then I read about this father with four wives whose 4 children - all from different wives - did exceptionally well in their SPM examinations. Really? Maybe the children are doing well but what about having the head of their father examined? This four wives bit for whatever reasons - just does not cut it in today's world. Let the ladies have four husband too and then maybe we can discuss the matter further.

These are but just a few of the happenings in Bolehland that makes me shake my head at the sanity of some people there....or should I say "most" people in Bolehland? Ajaib tapi benar!