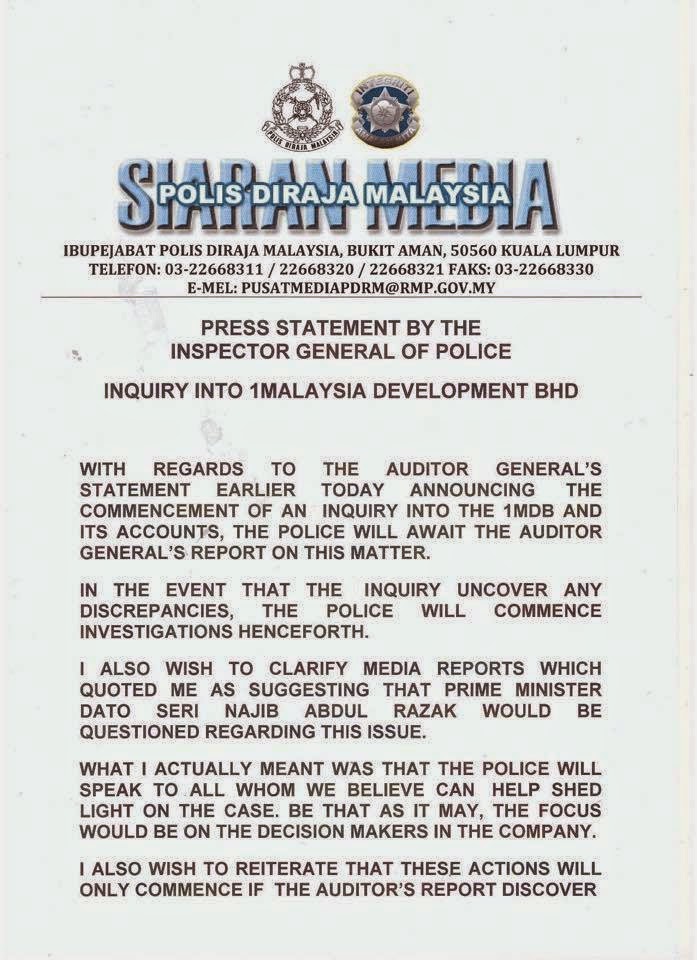 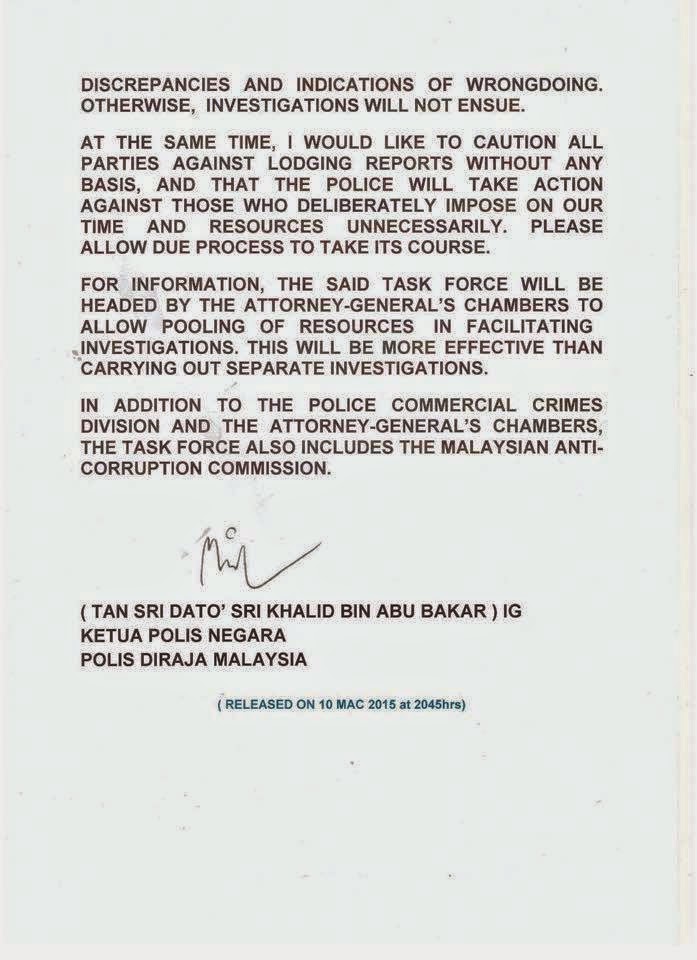 Khalid engkau boleh clarify as many times as you like about what you meant to say and what you really want to say. No need to clarify lah beb...I know, you know, we know. Everyone understand that when someone else has got hold of your balls you dance to their tune. Aiseh brother forget about investigating 1MDB...it's way out of your league. Orang Melayu kata niat hati nak peluk gunung, apakah daya tangan tak sampai...why not go do something that is within your league.....see below lah! 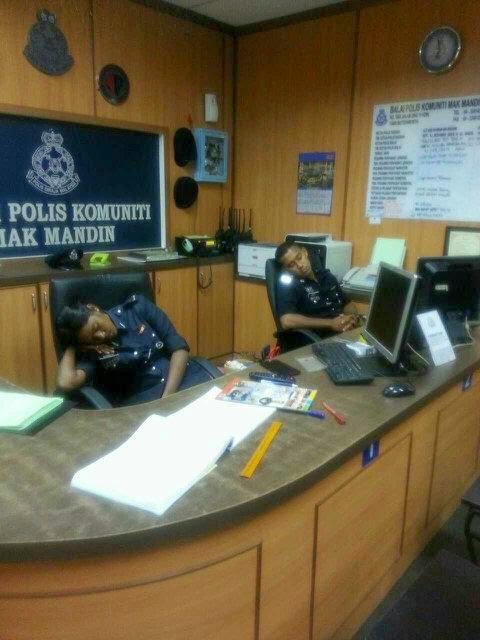 With thanks to : Citizen Nades.

steadyaku47 comment : See following news item....as I said these are the kind of things this Khalid can do something about...so Khalid go inspect some more of your Balai Polis around the nation. Go do something useful!

GEORGE TOWN: Two policemen who were caught sleeping at the desk of the Mak Mandin police beat base have been recalled to duty at the North Seberang district police headquarters.

Penang police chief Datuk Abdul Rahim Hanafi said both had to comply with the transfer order within 24 hours.

He said he viewed the matter seriously and assured that a thorough investigation will be carried out.

"Stern action will be taken," he said in a statement today, adding that disciplinary proceedings have began pending the police investigation.

A picture of the two caught sleeping caused a hue and cry when the photograph went viral on social media networks on Tuesday.

The picture attracted criticism with many urging the authorities to haul both up for disciplinary action.