cakap cakap...Life is good. Sometimes it can get better!

As some of you may recall from an earlier posting, Kuala Lipis hold much affection for me for being the place where I spent the last few teenage years of my life. We lived in a large rambling house on top of a hill at the back of the town Resthouse. One theatre -The Paradise  - stood proudly in and around the middle of the one street town.I remember the theatre well. I still recall with much amusement the day when me and my friends were asked to leave the theatre before the film started because the manager was not going to screen the film -  "The Five Branded Women"  because we were the only patrons that day. Our money was returned and we left disappointed...very disappointed for you can see from the film poster below why we youngsters were looking forward to the film! Not one, not two but five women living and loving - our attention was more focussed on the word "Sin" than anything else. Ahhh the innocence of youth! 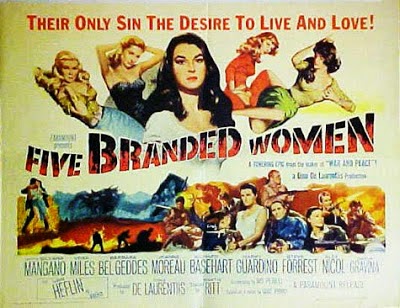 I had a group of friends to do things with and among that group was a Bai - Balwant Singh.  The common consensus amongst us all was that he was too good looking for his own good!
As was the practice then, Balwant was the target of the usual corny Bai jokes.

How do you know he was the only one in his family? Jaswant Singh! (Just one Singh)

And as many times as we heard each other tell the joke we still laughed. We were all still studying but Balwant was already working at the Post Office. So he was numero ono amongst us all. He had the looks and he had the money.

I lost touch with Balwant when my father was transferred to Kuantan soon after when the Police Hq was relocated there. Lost touch with him maybe but his name and the times we had together never left me.

Last night I received a "Friend" request from a Balwant Singh on my FB. As is my practice I clicked "Accept" and then went to his FB to check out who I have just accepted as a friend....and there on his FB page was something that made my heart skip a beat:

Could this be the same Balwant from my teen years in Kuala Lipis?

The world is indeed a small place. It was over five decades ago when we first met and now we are living in Melbourne together! All the memories of good friends, good times and a life where all that mattered was if you can get along with each other came rushing back into my consciousness! No questions asked of race or religion or of politics. A time long gone by.

I fell asleep with a warm glow all over me knowing that life is good...and sometimes it does get better!