"I think he's going in though I pray otherwise".

Government sometimes get it wrong. That is so in the past and will be so in the future. All we can hope for is that what they do in the name of government is tempered with common sense and decency and that there is a sense of fairness and mercy in the method by which they conducts themselves and do things. None more so in the dispensation of justice through the courts.

Within this month- February 2015 - after almost a decade on death row, two Australians will be executed by  firing squad for attempting to smuggle eight kilograms of heroin out of Indonesia. 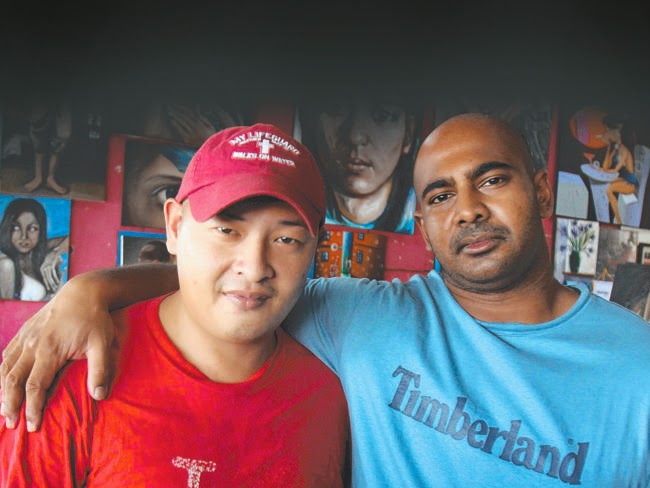 The physical images of these two have become familiar to Australians. Their mothers, brothers, sisters. lawyers, friends have become part of our lives and all Australians - whether they are for or against the death penalty - follow the fortunes or misfortunes of these two with interest bordering on the macabre as the date of their execution draws near.

Death is so final.

I fail to see the difference between the beheading and burning by ISIS of their hostages, the  killing of hundreds of thousands by America in Vietnam, Afghanistan, Iran and wherever else they fight for freedom and justice and now the execution of these two by a firing squad. And yet one raises the ire and anger of many, the other is justified as the fight for freedom on behalf of democracy while the execution of these two Australians is justified by the President of Indonesia as a detterent to drug smuggglers. They all involve the deliberate taking of life and is, in my mind, all murder. Even the hanging of Saddam Hussein reeks of a victor punishing the vanquished.

All these thoughts are running in my head last night as I ponder the likely fate of Anwar Ibrahim- my friend and classmate in the week to come. Just after midnight I emailed a classmate : "Our bro going in or not?" just before going to sleep.

I had a fitful sleep and woke up at around 4 am  - checked my email and there was this message: " I think he is going in though I pray otherwise". This college mate of mine always has a way with words and what he sometimes tells me tugs at my heart strings....and this one did! Yes between now and next week all we can do is pray for Anwar Ibrahim. I could no longer sleep and started to write this.

But win or lose for Anwar, once that week is pass, we will have many other weeks to do what we  must to prevent this Umno led BN government from being more concerned about the state of Saiful's anus than that of the dire state of our economy, the dissatisfaction of its people for the manner by which this government conducts itself, the corruption and the many many issues that now mires our country in strife, conflict, racial and religious strife.