Is Anwar guilty of Sodomy one and two? Yes he is. 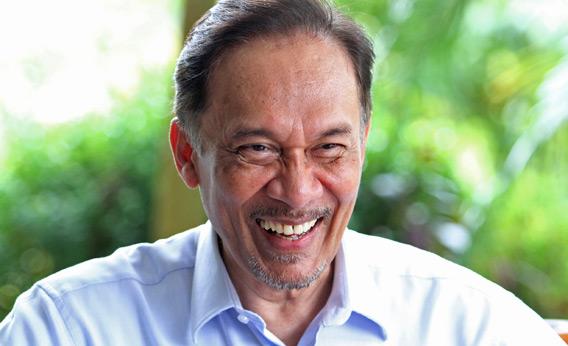 First let's get the elephant out of the room.

Is Anwar guilty of Sodomy One and Two? Yes he is.

He got away with sodomy One but not sodomy Two. The evidence. admissable or otherwise, tells us so. It  tells us that sodomy, willingly or otherwise, did take place between Saiful and Anwar.

Has there been a conspiracy by Umno and Anwar's distractors to witch hunt Anwar? In one word - yes! If Anwar gives them the opportunity to do just that why should we expect them not to pursue him all the way to the highest courts in the land to get a conviction?

So where does it leave us? By us I mean those of us who can think for themselves and make rational decisions that would allow for us to move on to the next level.

Sodomy is a personal choice. Missionary position, Sex doggy style, oral sex or sex with multiple partners or even sex with Rosmah - these are all personal choice that one makes in the course of living life. Personal choices in life done between  consenting adults in most parts of the world that we live in is really no body business but our own.

However if you profess yourself to be a Muslim and live by the tenets of Islam  - as Anwar does - than what he has done with Saiful is wrong.

By the same token what Najib and Rosmah did before they were married to each other while married to other people - is also wrong in the eyes of Islam.

What that raba raba guy did before he was appointed Malaysia's envoy to Washington (huh!), is also wrong.

What that former CJ did with Hayati too is wrong.

And the mother of all wrong was committed by that Thamby Chik guy who had sex with an underage Malay school girl.

So why has Anwar been prosecuted and persecuted when the others are not?

Because just as history is written by the victor - in Boehland, justice is dispensed by the courts as per the instructions of the AG who is the willing running dog of his political masters.


WIll Saiful be prosecuted for Sodomy? Under a PR government yes but certanily not under BN.

What should we think of Anwar now?

Forget his personal follies of which there are many from the time he was in Umno until Saiful. Remember instead  what he has done.

Without Anwar Ibrahim there would not have been a Pakatan Rakyat.

Without Anwar Ibrahim the Umno led BN government would not have lost the popular vote in the last general election.

Without Anwar Ibrahim no one would have been able to mount a credible challenge to 50 years of corrupt governance by the Umno led BN government.


With Anwr Ibrahim there is now a credible opposition in Parliament (okay this is debatable but we are getting there!).

So go and total up the plus and minus of all the above and then ask yourself where you stand : with Anwar Ibrahim or against him?

Once you do that then go and take your place in history.

If you take a position with BN and all that it stands for - corruption, arrogance, abuse of public office for personal gain, abuse of religion and race for political advantage, money politics and a host of other misdeeds - then you have decided to make a stand with satan, the devil and all that is evil in politics and in government.

If you, like me, take your place beside Anwar Ibrahim and what he has been fighting for all his adult life - then you know that you stand for all that is good in politics and in government. You know that a decent future starts with what you do now. You know that in the end good will triumph over evil and you understand that all that this BN government has perpetrated over the people of Malaysia has been because too many good men and good women have chosen to do nothing when they should not.

Anwar could have gone into comfortable exile. He did not.

Anwar could have instigated a more forceful, vigerous and physical opposition to BN and to his incarceration. He did not.

Anwar was prepared to face prison because he believed, rightly, that imprisonment would do more for our cause against BN than exiled would have done for him and his family. And for Anwar's courage in making a bold decision that has been at great cost to his personal self, we must give him our respect and our commitment that what he has done will not be in vain.

We stand with Anwar Ibrahim as we stand with those other two that have gone physically from our midst but never from our side - the great Karpal Singh and that giant amongst us - Tok Guru Nik Aziz. With Anwar there is still Lim Kit Siang and then there is you and me. Lawan mesti lawan!