Sundays are for family. Sundays are lazy days when time is yours to do as you please.In the time when my parents were still with us those were days when there would be Nasi Lemak with ikan bilis, prawn sambal and chicken fried in turmeric on the table for breakfast.I would wake up early to be the first to collect the Sunday Times that had been thrown over the gate by the newspaper delivery man (always an Indian) and bring it inside for Father to read. If every one was awake we would have breakfast together - if not, to each his own. As lazy as Sundays were it was a time when the house would be much alive because Father was in the house and mother would already be in the kitchen preparing lunch. And throughout the house there was that serenity and the "feel good" oomph that only family life could give you.

I think of those times with nostalgia and affection. My parents are long departed and I am estranged from my two brothers and sister and distance does not make any reconciliation easier but we all live with what we have got. What I have now is my own family and a life in a place where all that I want from life is possible.

It was in this frame of mind that I awoke this Sunday morning and I know I should have waited before I powered on my Mac this morning! But that I did... and soon the familiar feeling of disgust and contempt bordering on hate for the manner politics is done in Malaysia started to come over me.

How is it possible that people holding high public office can be oblivious to that sense of duty and responsibility that goes with their appointment? What drives this Shafee buffoon to make a spectacle of himself like a baboon on heat flaying at an issue already done with? Why urinate on himself by inciting odium and revulsion from the public and his peers by crossing the bounds of decency in talking up the matter regarding Saiful's anus again and again? What possible advantage could it be for him to do this save for one factor and one factor alone! That of currying the favor of his political masters and hopefully with that will come to him, the offer of the post of AG....has the decay in our moral and ethics reached into the most senior of those in the legal profession?

And then I come across this:


From Besut Trengganu, Idris Jusoh, the Education Minister tells us that Malaysia's higher education in now on par with those of developed nations, including Britain, Germany and Australia. Really Idris? 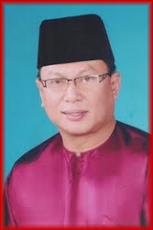 A position he held Deputy Minister of Education, Member of the Supreme Council of Malaysia, Batu Pahat Member of Parliament and Chairman of the Division Batu Pahat


MALAYSIAN PEOPLE INCLUDING THE MALAY NOT abide by the language

Today I am launching the International Conference on Linguistics and Culture Bahasa Melayu. The Conference was organized by UPM in cooperation with DBP. The theme of the seminar is 'Pemerkesaan Bahasa Melayu as the identity of nation building'. I took the opportunity in his opening speech to raise the matter with the tree 'civilizing Bahasa Melayu' in Malaysia.
Language is social capital and cultural capital. Nations that marginalize language is a nation that does not animate the race and no identity. Therefore language acculturation is very important. It will produce a nation that move collectively. A sense of accountability exists. Kinds of Japanese people. This is Francis Fukuyama called, why the Japanese have a culture Japanaese Incorporated. They have a culture of their own language. But the cultural languages ​​Malaysians especially the Malays is very annoying, frustrating and sometimes frightening. See only sms language and language on the internet. Very strange language of the Malay culture today.
The first example, when the Malays chat chat among themselves, especially the elite, they like talking in English. What they need to converse in English. We do not like the French, Japanese and Korean. If talking to each other, they use their language, not English. Strange is that we both love to chat chat especially the middle class using rojak language mixed mixed between Malay and English. This is quite evident in the drama TV drama including those published in TV 1 and TV 2. TV 3 do not matter. We see the script is a script language that mixed mixed. Malaysians third culture is not obedient to languages ​​like French people are so obedient to the language. French people even know and speak English, but they still speak French.
For those French have a long history. They claim that the French language in diplomatic Erofah than English. Actually Bahasa Melayu also aged 2000 years. Bahasa Melayu has experienced six stages of the evolution of ancient languages ​​to become a modern language. But what exactly our problem. The problem is that we can not distinguish the role of Malay as the national language and English as a second language. We see the role of the Malay language as the language of official business only. That is spotted. The next problem is that we are no longer capable of not even want to control it and GLC private actions that make full use of the English language in their boardroom meeting. With the rapid development of the private sector, he feared, culture does not abide by this language become increasingly so.
The problem, not the problem of the Malay language, but our attitude problem. That betray our own national policies or pollute the image of Malaysian culture. Therefore there are meetings and meetings at the faculty senate university will use English. This is a challenging culture of the Malay language in Malaysia.
Now where this Puad guy is now is not my concern. But he was once deputy Minister of Education! So if Puad is an example of the type of individual this BN government chooses to be a Deputy Minister of Education what does that say about you Idris? Are you any better? Can what you say about higher education in Malaysia being world class be of any substance? Huh!

I can go on but it is almost noon now. I have to wake my wife up and prepare lunch. Lunch is a far far better thing for me to do than to hantam this Umno led BN government once more time! Aiyah at least I can stomach what I cook...I cannot stomach the stupidity of those holding high public office in this BN government!

What is for lunch? I know you guys will want to know! Well friends it will be Ayam goreng in tumeric, fried eggs, fried egg plants with garlic and Basmati rice smothered in butter! Life is good!