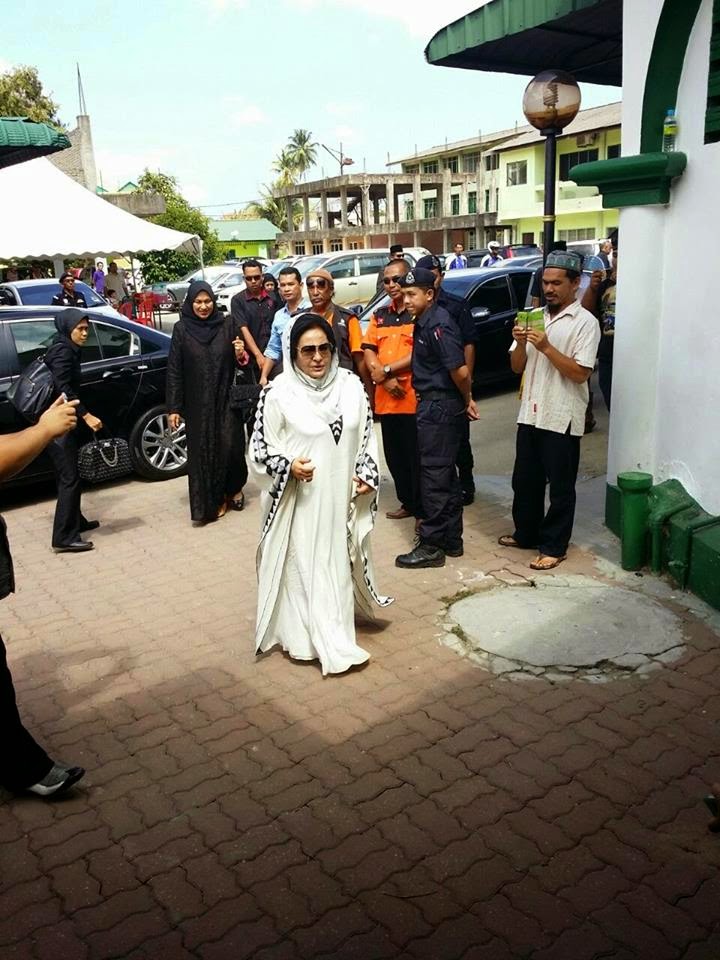 Surely, even for Rosmah, the revelation that it cost's RM$1200 to dye her hair is behavior beyond the pale - outside the bounds of morality, good behavior or judgement, unacceptable?

And if she chooses to debate with me that she is NOT the bitch that some son's have had the misfortune to have had, tell me Rosmah, which part of "bitch" do you not understand? "Bitch" as a verb or "bitch" as a noun?

Which of the above or possibly all of the above - will be deemed appropriate by others to be your lot, is for them to decide. I have my own thoughts on the matter which are best kept on a "need to know" basis lest anyone think me uncouth or worse, also the son of a bitch too.

What posses this women to tell our nation this?

Is this her idea of gaining our sympathy by sharing with us her own "hardship" of having to juggle paying RM$1200 for her hair to be dyed and RM$500 for tailored dresses on no income? Really Rosmah....you expect sympathy from us by telling us this?

Is this her way of telling us that she too knows the hardship that many Malaysian are facing in this troubled economic times? That she too is beginning to feel the pinch - imagine, she tells us, imagine if she had to pay more than the RM1200 that she is now already paying to get her hair dyed? And more than RM$500 to tailor her dresses.

And she tells Najib and whoever else is listening...she is worried that the GST will make those RM$1200 hair dying sessions no longer affordable and the making of RM$500 tailored dresses for her amply proportioned self, more expensive...and how is she to cope when she has "no income" and is dependent on her husband for handouts?

And how does she expect other housewives to react to these revelations of the "difficulties" and "money woes" she is having in her own household? In Seri Perdana?

Bitch do you think we care?

Anyone that tell me that she is paying RM$1200 to dye their hair would at best  be the recipient of an incredulous and withering stare from me. Incredulous because surely nobody is dumb enough to pay THAT much to have their hair dyed. Withering because you cannot figure how anyone is that stupid to pay that much when you can do the same thing with Wella products for under RM$100!

And now we come to the husband? No we are not talking about Rosmah again....we are talking about Najib...the one who has the income. What of him?

Did they not discuss what she was going to say that day at the Bakti GST briefing over breakfast? Did he not choke on his toast or splutter some coffee all over the tablecloth when she announced to him what she was about to tell the world about her RM$1200 hair dye and the RM$500 tailored dress charges?

What would I tell Najib to tell her?