PETALING JAYA: 26,164 people as at 9pm Malaysian time have already signed an online signature campaign in support of making the release of opposition leader Anwar Ibrahim a top priority for US policy toward Malaysia.
Started on February 10 by one J M Alexandria from Virginia, the petition has till March 12 to reach its goal of 100,000.
In the petition, Anwar is referred to as a “champion of democracy, a believer in Islamic justice, and a longtime friend of the United States” who was convicted and jailed on “trumped-up charges”. 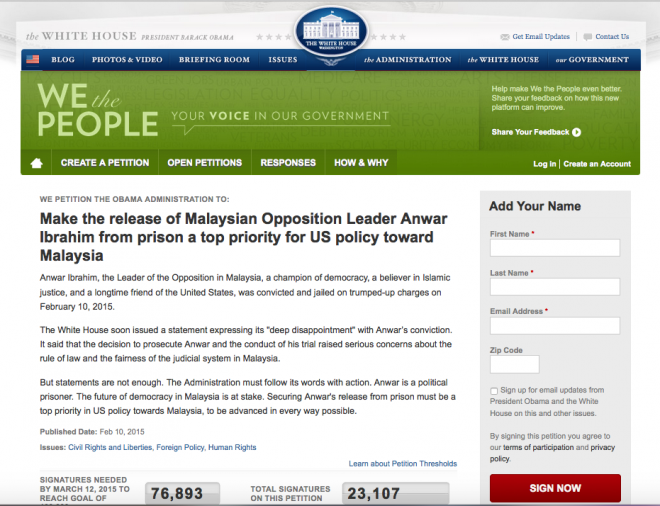 Click here to go to the above petition:
Posted by STEADYAKU47 at Thursday, February 12, 2015