Self appointed misguided guardians of Islam spoils it for all of us!

A pleasant distraction momentarily before the dismal state of our nation once again kicks into my subconscious and stir my more basic instincts that are best kept in check lest I spend too much of my time being negative.

But for now on to more pressing issues....issues that have played in my mind for a long long time.

I want to see Malay girl in shorts playing Tennis at the next BMW Malaysian Open at the Bukit Kiara Equestrian and Country Resort.

I want to see Malay beauties giving all the other beauties from the other  races a run for their money in an international beauty pageant. I dare ...no I double dare any other race to put up girls that can rival our Malay girls in beauty, intelligence and poise. Come one come all....let us put girls of all races and see how Malay girls fare against the others! 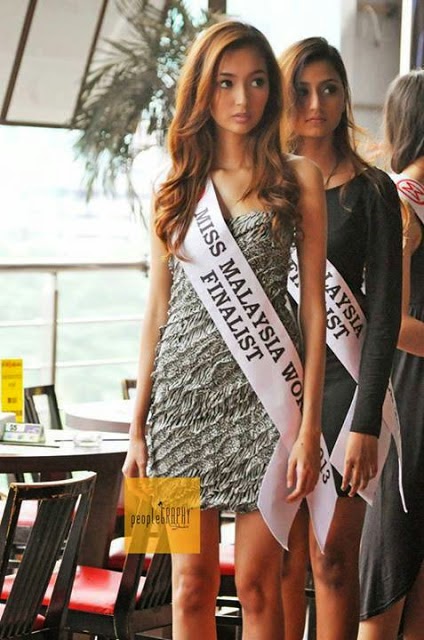 I want to see demure Malay girls walking in shopping malls all around KL holding hands with their loved ones whispering terms of endearments that is no body's business but theirs.

I want to see Malay girls on the national and global stage doing what other girls their age do! Enjoying life and doing so without any inhibitions and without a care if whether too much of their legs are showing or if their hair is blowing indecently in the wind. I could see all this in the 60's and 70's why not now?


I will tell you why not!

These abhorrent self appointed guardians of Muslim decency,  ethics and morality have been able to do this in Malaysia  because this Umno led BN government of the day allows...nay even encouraged...them to do so.

For the same reason why political leaders in the past have brought religion into politics!

To use religion as their weapon of choice for political gain.

Muslims in Malaysia today are literally made to be the Muslim that these misguided self appointed guardians of Islam think fit on pain of retribution in the hereafter if they do not. For the present they are shamed into submission by the likes of Jawi and Jakim.


What happened to the Siti Nurhaliza of old? The Siti that brought joy to our hearts and our eyes when she performed? Amongst all the YouTube videos I have seen of Malaysian singer I have yet to see a couple enjoying what they do on stage as the above two - Siti and Anuar singing together.  That kind of enthusiasm is infectious and is shared by their audience - and even today as we watch we know that these were two entertainers entertaining themselves as much as they were entertaining us.

But this is no longer politically and religiously correct in the times that we now live in. Siti is now suitably attired in clothes that these self appointed guardians approve. 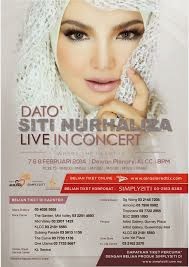 And what of Siti now? Enough pressure are around her to ensure that she comply - and even if she tells you that that is what she wants to do...believe her not!

Look at that poster promoting her concert....do you not detect a deliberate hint of sexiness in her pose? Surely those self appointed guardians of Islam will not approve!

Not the Malays not the Muslims.

If the source are the Malays and the reason can be made to be Islam - and if the two can be somehow entwined...the result would be politically advantageous for Umno. And so they went about the task in a deliberate manner that has turned the world we once knew and liked, upside down and inside out.

And they then insult us all by the manner they conduct themselves! Not enough with being corrupt and arrogant these Muslim leaders turn a blind eye to the sexual excesses of their peers and the Sultans who are the head of Islam in their respective states. Ptui!