I no longer buy the Indian snacks I love so much from that Indian shop in Footscray. 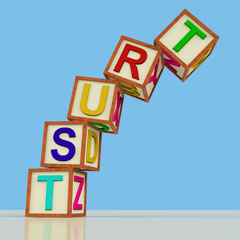 I use to love the long drive with my wife  from where I now live in Fitzroy to Footscray every Sunday to go and stock up on those snacks for the coming week - a habit we have got into for the past few months. Sometimes when the mood strikes me I would get some Indian sweets too and the occasional Lamb Nasi Brianyni they have from time to time.

I stopped going there three weeks ago.

All this time that I have been going there I have never bothered to check what he was charging me for the snacks. I would just gather what I wanted, take it to the counter and pay him whatever he asked...until about  five weeks ago when I started to realized that something was amiss.


Even though I was getting the same items every week, the prices varied. So I started to keep track of what I bought and what I paid for them. That was when I realized that it changes every week. Three weeks ago I asked the regular guy at the counter why this was so.


He started by arguing....yes arguing with me who have been a regular weekly patron of the shop for many months!.....he started by arguing that his price is fair and that I must be mistaken because he has been charging me the same price for the same item for as long as I have been coming there. I paid without argiung and made a promise to myself that I will never step into that shop again.  Since then II have found another Indian Shop closer to home charging me prices lower than what I have been paying at that shop in Footscray.


I stopped going because I stopped trusting the shop to be fair to me. And when you no longer have trust everything else does not matter.


You work to get him out of office!


You too will have to work to get him out of office!
I am one. With you we are two.Who else will join us?
Posted by STEADYAKU47 at Sunday, February 15, 2015