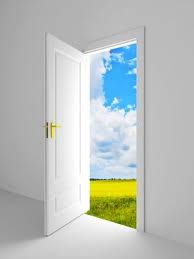 Hope for me begins in the days when Mahathir was King. When UMNO/BN with its two thirds majority walked all over us with their negotiated tenders, one sided IPP agreements, AP’s, Ketuanan Melayu and so many abuses of power in high public office that we barely had time to digest one abuse before another one is upon us. Amin Shah RM6.75 Patrol Vessel Scandal was still an abuse in progress of being understood by me when another one will appear on the horizon! It was like a revolving door and UMNO kept greasing the hinges to keep it revolving at a steady pace. We never had time to keep pace.

We Malays have been told by UMNO that we should not offer the other races false hope of being treated as our equal. UMNO told us Malays that we have now what we had only once hoped for. We have Ketuanan Melayu. But it was not the Malays that had Ketuanan Melayu – it was UMNO!

It is difficult to say exactly when we woke up to this deception. For me personally it was when I found myself in business competition with Pernas. When I realized that KUB was being abused from within. Business activities by KUB profited Hassan Harun and a few on its management team - not UMNO, not the Malays.

It was when I realized the audacious mark up on negotiated contracts running into the millions. Done to pay off corrupt politician, JKR and consultants appointed by BN for God knows what reason other then to make more money for BN politicians.

It was when I realized that KLIA, KLCC and all those Mega Projects were simply bleeding the country to death because all that mattered to UMNO politicians was how much they could make for themselves from each portion of these projects – from the supply of doors, carpets, lights, air conditions, cement…even signage for these buildings.

It was when I questioned the giving of Taxi Licences in the hundreds to companies with links to the high and mighty with links to UMNO politicians. I questioned it because to me it was not right for these taxi drivers to have the first RM$50 of what they earned go towards paying for the taxi that they will not own.

And it hit me hard very when I realized that when i was driving in my Kanchil from KL to Penang I was paying more for the toll then for the petrol for the car!

From these realization that we were being abused so that unscrupulous politicians and their cronies could make millions started the hope that one day, we will rid ourselves of these parasites and leeches within an irresponsible BN headed by an all powerful Mahathir. From these dark and hopeless days started the beginning of hope. For without hope and faith that my country will one day be rid of UMNO and Mahathir I will die. Never lose hope, I told myself….at the very least never lose hope. Mahathir is gone but UMNO is still with us.

Some of us wait and hope. Some start to work on the unfulfilled potential within our people and our country…and some of us try to follow that hope. So that is why I say that the first task of these leaders that we have now in PR must be to keep our hope alive. They did so in the last general elections and we came out of the darkness of the Mahathir era and the two-thirds majority of BN.

But maybe we had hoped too much since then. When we lost Perak we lost much. We lost more with the PKR party elections and the trouble within Selangor. But we must still not lose faith with PR. If we lose that faith, we lose all.

We must not concern ourself too much with the loss of Perak and the troubles in Selangor…but concern ourself with what is still possible for us to do. Expect to find many difficulties and hurdles to overcome before the 13th GE. But worry not too long for we will have our say in the 13th GE. Until that time hope must be a considerable part of our constitution. You are one, with me we are two.

My impression is in terms of analysing events as they occurred; you are pretty much on course. But in terms of deep investigations, deep probing of issues, I think there is a lot more you could still do.

You still tend to look at things superficially. Generally a lot of spot reporting: “the BN said this… MCLM said that…” There isn’t enough independent analysis of what they are saying or what they are doing with what is on ground. The reality is I think you need more of such interpretative posting rather than just regurgitating the pronouncements of public happenings.

Well, you are certainly making a lot of noise and entertaining, but unfortunately, there are only a handful of postings that you can see as playing the role of an honest arbiter.

As I see it many of us have already taken positions. We have candidates, we are working for candidates, and we are projecting candidates. But we are not talking so much about the issues.

Let’s take an example, what are the campaign issues in Tenang? Who are the candidates? Do we know them? What are they talking about? What do they want to do, and why should we entrust our mandate to them?

Election after election we see leaders and individuals who had at one time or the other ruined the nation coming out to say that they are still relevant. We know that many of them have nothing to show but yet want to be YB. Many cannot even pin point the myriads of problems we face as a nation today and how they could solve them, yet they claim they have the wherewithal to effect a change.

For as long as those wanting to rule from the federal level down to the local government level cannot give the people viable and sustainable blueprint to turn around for the better of the Rakyat and a better Malaysia, then it goes to show that we are not ready for GE13.

In the event we still manage to elect a party with the deceitful faces that don hundreds of posters on the streets, nooks and crannies of the nation, it goes to show that we are the ones contributing to our woes.