Our Hopes Will Become Our Reality. 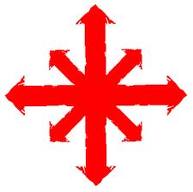 Mahathir was an imperial Prime Minister who studiously overlooked ethical and legal issues and caused the collapse of integrity in the manner our country was governed. He was and still is an evil man who went after those that disagreed with him with a vengeance bordering on lunacy.

How else do you explain Ops Lallang carried out in October 27, 1987 that saw the arrest of 106 persons under the insidious Internal Security Act? And then the revoking of the publishing licenses of The Star and the Sin Chew Jit Poh and two weeklies The Sunday Star and Watan?

There was also his relentless prosecution of DSAI sans legal or civil niceties and his deliberate use of naked political power to advance nepotism and greed amongst UMNO, BN and preferred cronies.

What we saw on the surface hid the realities of a Prime Minister who used any means to consolidate his personal hold over party and nation. He brooks no interference or dissent from within his own party or from without. There were three DPM’s that never succeeded him. He used public funds to enrich his own extended family and cronies. And most evil of all, he used race and religion to divide and rule the people of Malaysia. During his time in power Mahathir had our attention and grudging respect simply because power in Malaysia was totally his purview. He was an imperial Prime minister in the worse sense of the word.

Eight years after Mahathir left office we now have a ringside seat to be witness to the dismantling of UMNO. A once proud and all powerful political organization whose very mention once would have even parted the Red Sea if it chooses to do so.

I remember a time when being in the presence of an UMNO Minister was like being in the presence of GOD himself. Every word he says is dissected and debated over its hidden meaning, possible meaning, probable meaning and its intended meaning. Not any more! Today that same UMNO Minister is on the defensive. He has to watch what he does and what he says lest he is confirmed as a bumbling idiot by the press and public. We know he is from another planet because the way he conducts himself and his lifestyle is no longer relevant to our times and our planet. The same can be said of most things UMNO!

If the Malaysian people know the whole truth about UMNO. If all the facts about the misuse of public funds and abuse of high public office for personal gain by those in power are put on the table for all to see…..then I know that Malaysian will do the right thing and vote UMNO & BN out of office. These years of UMNO rule have destroyed many of their hopes many of their means to earn a decent living and for some, their lives.

If you look at what has happened in Tunisia this week you will see where Malaysia is at now. Power used corruptly to make UMNO politicians rich.Power used to stay in power without regard to anything else….and more relevant to Tunisia – a public totally at the end of their patience and tolerance of a political party gone rogue.

Whether these frustrations will be channeled through the ballot papers or in an explosion of public fury as in Tunisia  - only time will tell. Either way it will see the end of UMNO–of this I am sure.

At the very least the 13 GE will put into place an effective two party system able to balance itself against the other with the Public having the power to keep those bastards honest. Maybe a third force holding the balance in Parliament might emerge and we do have need of this in Parliament to play God to the politicians. But the people will decide who will govern them.

Our hopes will become our reality
Posted by STEADYAKU47 at Wednesday, January 19, 2011