It's the Corruption Stupid!

Posted in 2009 and still relevant today. 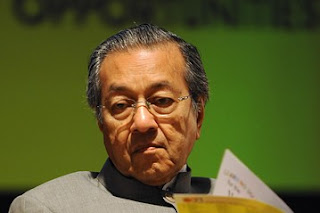 It was corruption during Mahathir’s time, during Pak Lah’s time and it is still corruption now during Najib’s time! I have found it fascinating observing how the Malaysian voters think. They do not care about policy. The do not care about honesty. They want the politicians to tell them what they want to hear – when willl they get the roads built? The longkang repaired? Their temples rebuild? Their mosque airconditioned? Their land tittle? The cost of petrol reduced?
UMNO knows that voters are emotional. UMNO work on the premise that voters are stupid. Stupid people votes are just as good as other people’s vote. Ignorant voters are easy target for manupalitive politicians. They will tell the voters what good is a politician without power? What good is your candidate without a position in government? And so the stupid voters vote in their manipulative candidates and there we have a merry mixture of “I want” from the voters and “I give” from the politicians…not for the greater good of the nation but that is what it takes to keep him in power and keep his voters contented. 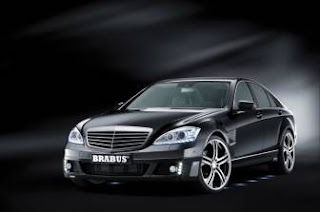 So he installs an air conditioned in the local surau -$20K tops with an improved state of the art PA system that can call the faithful to prayers from a mile away. Builds a temple for $100K that will keep the Indians in the estate happy and then he is off to Parliament to now take care of himself. A Mercedes perhaps to start with(which he buys from the local Chinese Merc dealer!) and he is onto the projects after projects after projects merry go round! So far we have not seen his pledge “for King and Country” being honoured. The king cannot give him any votes while the country can only give but cannot votes. UMNO gives him the platform to do his dirty deeds. So he prioritise his important work and country comes last…on the same level as King!

So Najib this is how the country and UMNO has got to its present predicament! The need to feed the voters, the politicians – the whole system breeds and reeks of corruption. So it is not what your think tank is working on in Putrajaya that will rejuvenate your election chnaces. It is not 1Malaysia. It is not what MACC is suppose to do. It is the corruption stupid!

And now comes Pakatan Rakyat. Their first premise? They believe that the Malaysian People are not stupid. They believe that if the people are made aware of what is happening around them they will think and do what is right. They know they have to develop smarter voters. So how do they inspire voters?

No more myths. Give the people political information. Make them understand that we are all part of Malaysia. That each and every one of us have a duty to exercise our votes in a meaningful and responsible way and have a role to play in the affairs of our country. That the politicians are accountable to their electorate for what they do in office. Make the people  think and care and once they care they will read, think and deliberate.

They will deliberate where Khir Toya got the money to buy his Istana? The people will ask how Mahathir’s children are able to amass hideously amount of Ringgits? How is it that billions have gone missing with nothing to show on PKFZ? Why do people continue to die under Police custody? Why was Najib was not part of the Altantuya court proceedings? Why Razak Baginda got RM$500 million for services rendered for the purchase of the submarines? And now of course 1Malaysia F1 Team? 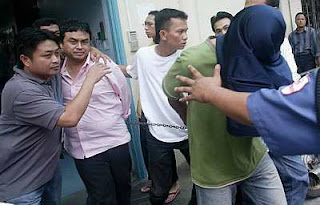 The process of thinking have long started with the Malaysian Voters. It started before the last General Elections. See what it did to UMNO then! The flow of information to the voters continue unabated despite the government complete control of the media. Despite censorship. Despite its pathetic but nevertheless worrisome attempts to control the cyber world. From time to time the global media wades in with its two cents worth – but by and large it is Pakatan Rakyat and the Cyber world that is in the fore front of this attempt to inform the voters what they need to know about UMNO. 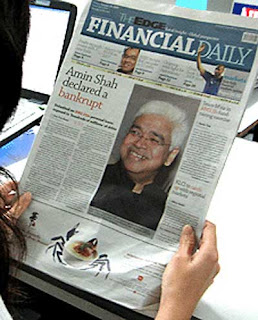 And as in wars there are battles to be fought  - win and lose are the natural order of these things – but in the end the battle has to be won or UMNO will continue to wreck havoc on all things Malaysian.

All that I ask is that we take recognition of the fact that we need to know more about what UMNO has done in the last 50 years of their rule over us- no make that since the time of Mahathir’s rule – so that we can make informed decisions by the coming of the next General Elections.

The electorate is not stupid. Yes they did vote for UMNO and Barisan Nasional in the past and did keep them in office for the last 50 years. But only because UMNO continued to treat the voters as stupid – playing issues of religion, race and ethnicity against its own people which have no bearing on issues of national importance. Morally corrupt politicians cannot feed of informed voters. The two are simply not compatible.

Like it or not Najib is our leader. He should know better. We expect better of him. He should not exploit the ignorance of our voters and apply this to everything that he does – that UMNO does. Ignorance is caused by indifference and the voters need to be aware that their indifference can be overcome. But stupidity as exhibited by UMNO leaders is an act of God. So the people must choose their leaders with care. Do not elect stupid leaders.

For the voters I ask that you consider this. After a long history of UMNO leaders that build massive Istanas upon retirement, condemm ISA AFTER retirement, are implicated in massive financial frauds and manipulations, in thefts and murders, in sexual escapes, in one eye close incidents, in compromising the Judiciary, in tolerating the excesses of the Police…  we must learn not to be stupid anymore and vote with responsibility to ensure our country gets the leaders we need and deserve