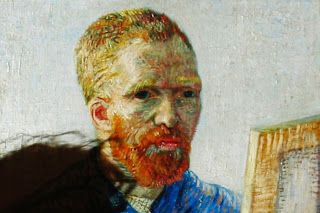 The authors of a new biography on the life of Vincent Van Gogh claim the artist was accidentally shot dead, and did not kill himself as is commonly thought.


Van Gogh: The Life claims the impressionist painter was shot accidentally by teenage brothers with a malfunctioning gun at a farm in Auvers-sur-Oise in France.
One of the authors, Steven Naifeh, says Van Gogh was grateful for his approaching death and decided to take the blame himself, protecting the teenagers and casting himself as a martyr.
Van Gogh, who suffered from depression, cut off part of an ear, and committed himself to an asylum, is widely believed to have ended his own life at age 37. He died in 1890, two days after suffering a gunshot wound to his chest. It has been believed that he shot himself with a revolver.
The curator of the Van Gogh museum in Amsterdam, Leo Jansen, is not convinced by the new theory and says he does not believe it will change how people view the artist's final landscape works.
"They remain the same whether the man who made them was accidentally shot by young boys or shot himself," he said.
"The Van Gogh Museum ... believes that, all things considered, it would be premature to rule out suicide as the cause of death."
He added that the book "represents a major contribution to our understanding of Vincent van Gogh's life and work, with intriguing new perspectives."
Mr Naifeh and his co-author Gregory White Smith won a Pulitzer Prize in 1991 for their biography of the artist Jackson Pollock.
ABC/wires
Posted by STEADYAKU47 at Tuesday, October 18, 2011