‘No guarantee we can rule forever, it’s a whole new landscape’

SEREMBAN: Barisan Nasional leaders need to humble themselves and realise that they are in power only as long as the people want them, said its chairman Datuk Seri Najib Razak.  "Please humble yourselves. There is no guarantee we can rule forever. We are facing a whole new political landscape today and are assessed and judged by the people each day."

Since March 2008 Malaysia has seen the gradual humbling of Barisan Nasional from the highs of a federal government that commands rather then govern, to one whose Chairman Datuk Seri Najib Razak yesterday said:

"Please humble yourselves. There is no guarantee we can rule forever. We are facing a whole new political landscape today and are assessed and judged by the people each day."
For this day to happen Teoh Beng Hock, Aminurasyid, Kugan and many others were murdered by those who were tasked to protect them. Bersih 1 and 2 had to happened. Petra had to flee to London. I had my BSN account frozen in Bangsar. Many bloggers were whacked and had encounters they would prefer not to have with the Special branch. Families had to endured the pain and desperateness of having their loves one taken away under the ISA. Billions of Ringgits have already been siphoned and plundered from our national coffers by these BN politicians that are by now humbled (so they say!). Khir Toyo managed to get a hell of a bargain when he bought a home. The Three Datuks took the place of the Three Stooges in the context of “entertainment” in as far as the Malaysian Public was concern. Sex videos came into mainstream politics. RISDA got its first paedophile Chairman and and not to be outdone, FELDA was gifted with a Chairman already convicted for corruption. MCA elected a President who himself starred in a pornographic production – albeit unknowingly! We got our first FIRST LADY – self appointed but nevertheless a FIRST LADY to whom even the PM will, at times, differ to.
And after all this has happened do you think Barisan Nasional is now humbled? Humbled because we the people have brought them to their knees or humbled because they have shrewdly worked out for themselves that being humble is needed for them to have a ghost of a chance to win power again?
What is this I see before me….a BN Member of Parliament? Rise my son for are we all not equal? 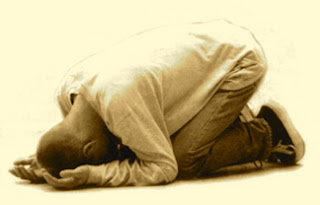 Barisan Nasional now knows that their handling of Bersih Two backfired and it ended up by fueling the firestorm that now threatens to engulf them….but Bersih Two was just that last straw that broke the camel back. Najib now understands that the arrogance of BN’s current leaders is not something the people of this nation will stomach any longer. We are now up in arms ready to start the rebuilding of our nation.
Let Najib and BN not under estimate the depth of our resolve and the courage of our conviction to see through these changes that our nation has to have if our children are to have a decent future.
We are not going to get involved in the politicking between BN and PR. Bersih Two was not a politically organized rally where supporters are paid for their transport and their participation. We the people are not beholden to BN or to PR. We are only beholden to those who will serve us well.

And “serve us” is the operative word here! Our days of kowtowing to YB’s, MB’s and Menteri’s are over. Nor do we want them to be humbled before us…we just want to be treated as human beings who are capable of understanding what is right and what is wrong and what is good and what is bad.

But methinks that expecting some of BN Yang Berhormat’s to be humble is a bit like asking Mahathir to sit at the same table with Pak Lah. He will do it if the cameras are there to record the occasion for the public to see…but once the camera’s are put away the same Mahathir lurking just below his skin emerges to take center stage again. Arrogant and as self centered as ever!

That Din guy from the Rumah Ministry and that Nazri guy will never be able to make me believe that they are now contrite and humbled because Najib have asked them to do so. Nasi sudah jadi bubur…so how to change?

But give credit to Najib for saying it like it is.

“We are facing a whole new political landscape today and are assessed and judged by the people each day.”