In these last few days I read three stories that have been swirling in my head without respite. The first one was about having sex on top of a camel which I wrote about. Then a story about Anwar Ibrahim's time in prison as told by an inmate who has just been released. And then again another story about sex - this time about coitus interruptus! These stories tells me a lot about human nature, about men whose preoccupation with religion still cannot mask their preoccupation with what preoccupies most men - sex.....and the story about Anwar Ibrahim and how he spends his time in prison tells us that where ever Anwar is, he will fight to the very end....and so those who put him there still have much to fear.

When the Perak Mufti and the Perlis Mufti can, without so much as an "excuse me", wonder aloud about sexual issues that really have no place in the public domain, the question we have to ask is "Why is this so?"

If they want to wonder aloud about issues that Muslims should know about would it not be more useful for them to advise their peers - other Muslim leaders - what Islam expects of them in their role as leaders. Would it not be more appropriate for them to comment on the ostentatious display of wealth at the wedding of Najib's daughter recently? Would it not be possible for them to ask that the two Muslim leaders - Najib and Mahathir  - be more gracious towards each other and seek for ways to resolve their differences in a manner that is "Islamic?" Could not these two Muftis ask that this BN government be more gracious towards Anwar Ibrahim and other Malaysians whose crime is political  - for being a thorn in the side of BN?

Instead one Mufti choose to speak about sex on top of a camel sanctioned by the Prophet and the other Mufti about coitus interruptus in the context of a husband's duty to satisfy his wife's sexual desire.

Leave those who want to have sex on top of a camel to themselves. In my lifetime I have yet to hear, what more to experience, such an act but I do hear about corruption and the arrogance of our Islamic leaders almost on a daily basis. Speak about that! 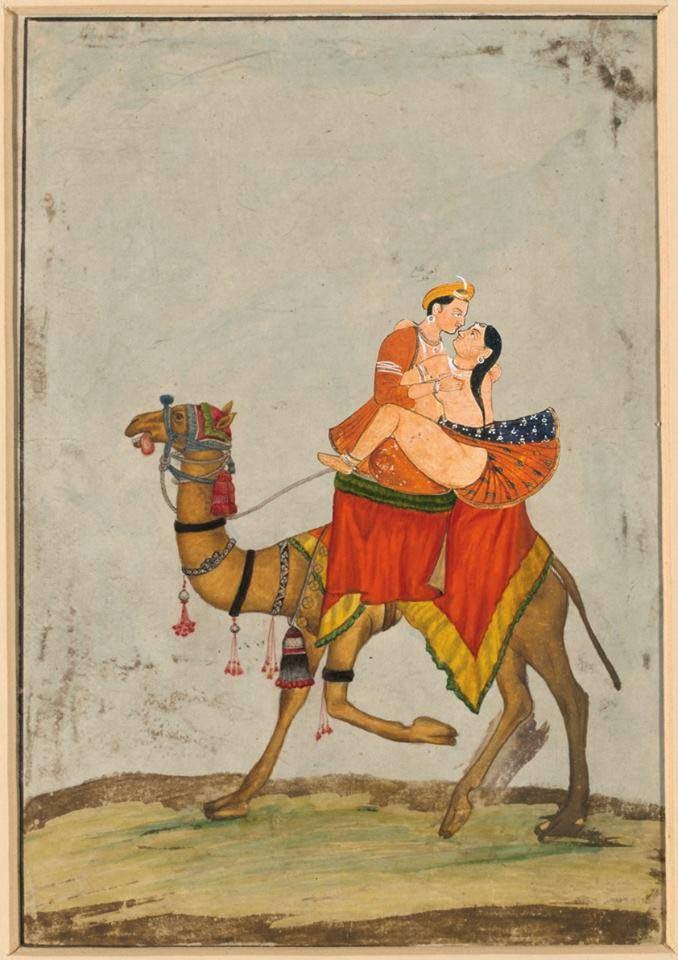 As for the coitus interruptus "advice" from the other Mufti I am of the opinion that what consenting adults do in the privacy of their room is really no body's business but their own - unless this particular Mufti had already tried coitus interruptus with his own wife and had his wife complained that she had not yet been sexually satisfied when he did pull his member out!

I just can't help thinking of Najib and Rosmah doing it on a camel...it just would not be fair on the camel!

What should bother us is not the attempt by these two Muftis at "sharing" their knowledge about things sexual in Islam with us. We should be concern about the state of our nation today.

We have seen many world leaders who once held great power in their part of the world somehow manages to not only lose that power but eventually are hounded out of office and then out of their own country by their own people or worse, murdered by their own people.

We need not stray to far from our own country to see this. Thailand, Indonesia, Vietnam, Cambodia, Burma, Laos all had their own history of leaders toppled, leaders removed , leaders murdered, leaders hounded out of office and out of their own country, and leaders who have been prosecuted and persecuted for what they have done while in government. And all these people held greater power and greater sway over their country than what Najib today holds over all things Malaysian.

What distinguish all these failed leaders is hubris.


All this Najib and Rosmah has bucket loads of  - maybe more Rosmah than Najib but together they are a match made in cuckoo land.....and that such a couple are now the Alpha Male and Alpha Female of our nation is not only sad and worrying for all of us but more significantly reflects on the pathetic state of our nation today.

We should all collectively feel ashamed and responsible for this for there have been enough amongst us who have cast their votes to allow BN to still govern over us all - the BN that this Najib is now head of. Reflect upon this for in the end it is you and I that are the ones ultimately responsible for the state of our nation today. We elected these leaders, we put them there.
Ask yourself what you can do, what you have done and what you will continue to do to ensure that the 14th general election will not be another exercise in electoral futility.
Posted by STEADYAKU47 at Wednesday, April 29, 2015