Najib threatens to sue a DAP man over a Facebook posting, deemed as defamatory about his wife, Datin Seri Rosmah Mansor. The letter of demand stated that Nga's posting on March 29, with a picture titled, "Siapa PM M'sia yang Sebenar?"

Najib, in the letter sent by legal firm Hafarizam Wan & Aisha Mubarak, made seven demands, including that Nga issues and publishes a written apology and retract the statement, to desist from making further similar statements, and compensation for the injury and damage caused by inferring that Rosmah is the Prime Minister and that Najib is Queen Control

First pic below is of Rosmah "dalam mesyuarat Kabinet Kerajaan" 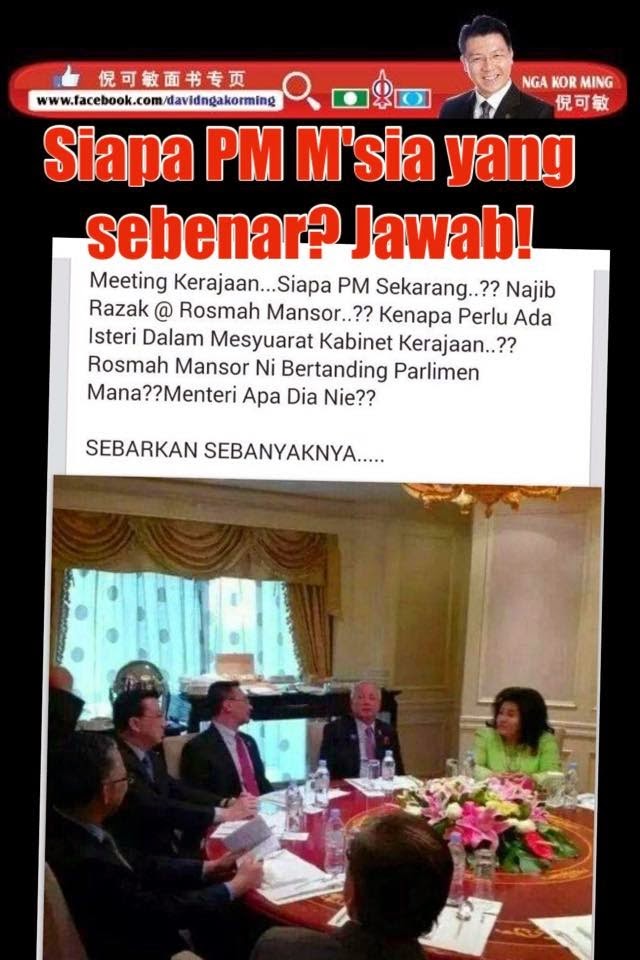 Second pic below shows Najib (without tie and jacket) doing grocery shopping on way back home after the above mesyuarat kabinet kerajaan. 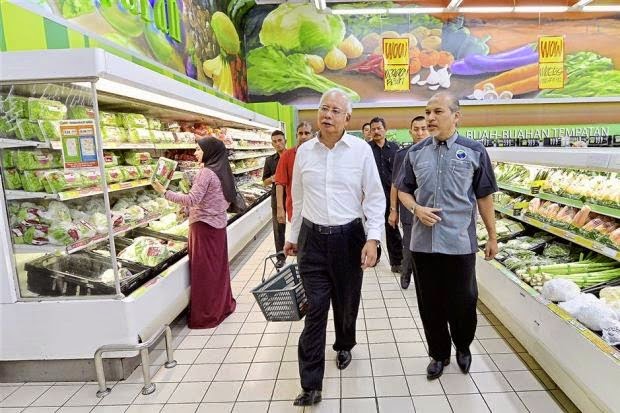