Sexual Congress on Top of a Camel! 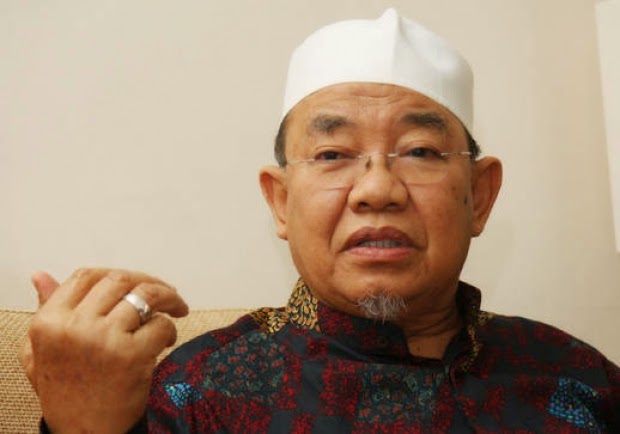 KUALA LUMPUR - While insisting that the concept of marital rape does not exist in Islam, religious scholars say it is sinful for a Muslim man to force his wife to have sex when she is ill or menstruating.

Perak Mufti Tan Sri Harussani Zakaria said that men can always have sexual intercourse with their spouses even if the latter do not agree, saying that a Muslim woman has “no right” to reject her husband’s demand.

“Even the Prophet says even when they’re riding on the back of the camel, when the husband asks her, she must give.

“So there’s no such thing as rape in marriage. This is made by European people, why should we follow?” he told Malay Mail Online when contacted yesterday as he cited the hadith or reported teachings of Prophet Muhammad.

This Tan Sri is unable to understand how his statement that “Even the Prophet says even when they’re riding on the back of the camel, when the husband asks her, she must give" will reflect on Islam and on the prophet himself!
Let me spell it out to this idiot call Harussani what people would think when they read what he alleges the Prophet said about what the duties of a wife is to her husband.

I am not talking about the Christians or any other infidels who would want to deride the good name of the Prophet or denounce the crudity and baser instincts of Muslims  - for the moment they read what this idiot of a Tan Sri is saying, the image that flashes through their mind would be of a Muslim in the act of sexual congress in between the two humps of a camel while galloping in the desert ala Lawrence of Arabia!

I am talking about any ordinary, rational guy who may or may not be a Muslim who happens to read what this idiot alleges the Prophet has said.

Who in his right mind would want to have sex with his wife - or anybody for that matter - while he is on top of a camel doing whatever anybody is usually doing while on top of a camel? So if a Muslim does want to do that - what does it say about Muslism?

Now at the same time what right thinking wife, or any women, would say "YES" to a husband or anybody riding on a camel when that someone makes a request for sex while he is on top of a camel?

And thirdly, and more critical, what Prophet in his right mind would say it is okay to have sex while you are on top of a camel and more worrying, makes a ruling that the wife MUST consent to the said act on pain of being punished if she does not!

Now we have not gone into the "engaging in sexual intercourse in a public place" situation - which in most countries would be construed to be an act of public lewdness and of indecent exposure.

While sex on top of a picnic table in a public park is pretty clearly sex in public most states have laws that prohibit sex in public restrooms and other public facilities. What about sex in a car, as you inquired? If you are parked on a main street during the day and clearly visible to passers-by, that would qualify as a public setting. But, a New York court has ruled that sex in a car was not sex in a public place unless the act could be readily seen by passers-by. (People v. McNamara, 585 N.E.2nd 788 (1991).) So, it really depends on whether your state views the interior of a car as a public or private space, and what the circumstances are of your “parking.” The more visible you are to the casual observer, the more public you are and the likelier you are to be in violation of your state’s laws.

And you cannot get more visible than sex on top of a camel - not only would it be highly visible but it would also contribute towards gambling........people will be putting bets on whether the act can really go all the way before one or both of them are thrown off the camel!

Woi Tan Sri pakai otak sikit lah before you open that foul mouth of yours. Kasi Malaysian malu, kasi Melayu malu and also kasi all Muslims everywhere malu too! And do not forget the Prophet too!

I wish the good Tan Sri would have taken the trouble to elaborate on the position possible when engaging in the sex act while perched on top of a camel - bearing in mind the position of the hump or humps  on top of the Camel - which can or cannot be of help to either party engaged  in that act if they are inclined to make use of those humps for anchoring themselves to the camel should the camel make any sudden movements while the said act is in progress!

Tan Sri....diagrams, illustrations or even youtube videos of the said act would be much appreciated.