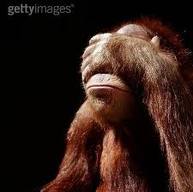 Today at Belaga Najib announced that the Federal government has agreed in principle to write off the balance of RM41 Million in housing loans owned by 1500 families who were relocated following the construction of the Bakun Dam. "Because there was a strong basis to give the villagers such assistance!" Just as there is a strong basis for MACC to kill Teoh Beng Hock? For the UTK guys to blow up Altantuya? Huh!

Then we see the spectacle of a 74 year-old Taib Mahmud marrying a 28 year old Syrian. We see this situation everyday in any of the massage parlor that abounds in Bukit Bintang. He driven by lust and she driven by money - and they each service each other and all is done within the hour….but this Sarawak Syrian union will last a bit longer. How much longer is really none of my concern. And he is Chief Minister of Sarawak? God help that Chief Minister and then God help Sarawak!

Then there is that sad and sorry saga of Ummi Haflida Ali seeking another 15 minutes of fame and a last payday before the advent of old age catches up with her. Now I know that I did not have sex with that girl! Though  Norazman Abdullah @ Baginda anak Minda did claimed that he had sex with Ummi in London! Anybody else who can claim that she had sex with this Ummi Haflida Ali? 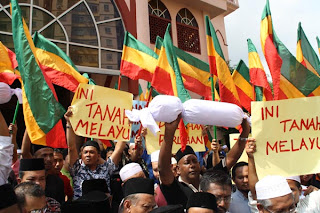 Then there is the matter of the Utusan Senior Reporter being suspended for being critical of his own UMNO-owned daily. Utusan Malaysia is the number one selling Malay-Language daily with a circulation of around 180,00. This, according to the people at Utusan, is a remarkably high net circulation under the Bahasa Malaysia category. Yeah right! UMNO has 3.6 million registered members and Utusan’s circulation is 180,000? What does that say about Utusan? That even UMNO members will not buy Utusan? Die lah like that! The truth is this: By any category the circulation of this newspaper sucks! Utusan Malaysia is a sorry excuse for a daily.

How sad that our Malay leaders keep isolating themselves and most Malays from the realities that is out there. And everyday and every time that they do so we Malays sink lower into the abyss of inbreeding ourselves intellectually. We cannot gain strength from competition and exposure to others who are better then us. And into all this comes the chant of Ketuanan Melayu! How much more can the Malays take of this condescending attitude of their own leaders?

Now Syed Mokhtar. Debts of RM$25 biillion? That is more debts then what some countries has. I am told that these debts are structured in such a way that it presents no danger to the banking system of the country! Agreed. No danger to the Banking System of the United Kingdom or the USA but what about the Malaysian Banking System! Bro just this reminder. If Lehman Brothers Holding Inc. can declare bankruptcy you think Syed Mokhtar is invincible? Syed Mokhtar does business within a cocoon. The UMNO cocoon. UMNO gives him projects. UMNO banks bankrolls him. UMNO gives him all the breaks that he needs. Take UMNO away and Syed Mokhtar’s business dies a natural death quicker then you or anyone else can say Supercalifragilisticexpialidocious!

Have the educated, intelligent and rational generation of Malays all left UMNO?

When the court initially finds in favor of the opposition as in Perak – they appeal its decision confident that the Judiciary is ultimately theirs to instruct and manage. When a death in custody happens the usual suspects are paraded. A commission, an inquiry, no stones unturned….and then slowly but surely nothing will come of it. They play the Judiciary as if it was their own – and why not when the Chief Justice is indeed their own. Whenever a situation arise that will give problems to them they no longer even have the decency to pay lip service to placate the Rakyat – now days it is deny, deny deny.

Deny there was ever any intention to humiliate the Hindus in the cow-head incident. Deny that there was anything wrong in the caning sentence of Kartika but nevertheless no less a person then the Prime Minister himself has asked her to appeal for a reduction in her sentence.

Arrest 16 people for carrying yellow candles and red and white roses who were seeking freedom of religion in this country. They invoke the name of ALLAH at their whims and fancies and see no sin in promoting the very sins that Islam frowns upon. For surely corruption and greed is also corruption and greed whether in Mecca or Malaysia?

That all this has become the norm for UMNO frightens me. This is the arrogance of power that I am talking about. Perhaps the most outrageous example of this arrogance is their inability to understand that there are other points of view to be considered other then their own. To them any deviations from their point of view is a conspiracy to undermine their ability to hold on to power – no matter what.

I try to do this. By my writing if I can turn one person against UMNO – just one – then we are one person ahead towards our ‘brand new beginning’. Do as I do. Go talk to one person and bring him or her into our fold – then one by one we will slowly but surely build up our strength and strike down UMNO and Barisan. Go do it now! You are one. With me we are two!

Email ThisBlogThis!Share to TwitterShare to FacebookShare to Pinterest
Labels: only in malaysia