We live in interesting times.

When leaders lose their sense of right and wrong, their perception of what is needed for the common good of our nation, when they lose sight of what constitutes justice and fair play and fail to understand that those who call Malaysia home are entitled to be treated equally, decently and with dignity and respect......if they are guilty of all this, as our present leaders are, then is it not our responsibility to take back from them the privilege of leadership?

We have had decades of living peacefully together as Malaysians This is now at risk.

The numerically and politically dominant Malays, instigated by Umno, has began to question the status quo of what we had once believed to be  our right to live as equals. There are Malays who demand that Ketuanan Melayu be conferred upon them from cradle to grave. Yet there are Malays who have said no to this. Both factions has the means and the determination to impose upon each other their beliefs but it would take political will for either faction to make what they want into a reality. Hence at no other time in our history is it so critical and crucial that we have political leaders who understand their responsibility to do what is right for our future generations...1Malaysia in the truest sense of the word! Without political will this will never happen.

Religion has been hijacked by politicians who now use religion to establish political dominance over non-Muslims and to annoyingly manage the affairs of the Muslims majority as they see fit. Notwithstanding what these politicians want religion is an individuals choice. It is not the business of politicians to dictate what role it will play in our personal and national affairs.


The stranglehold held by politicians over all facets of our economy have been  used for their own vested interest. Vulture economics maybe the order of the day but the sense of outrage by the people not only for their present circumstances but more worrying for that of the future of their nation is deafening. This is now being questioned vigorously by an informed  public. Politicians are increasingly being made to understand that they will be held responsible and accountable for what they do in public office and even in their private lives.


With the exception of Kedah and Pahang, the old generation of Sultans are gone. The new generation of Sultans are educated and acutely aware of their position in a time when their usefulness are being openly discussed and debated by the people. They will have to change or be change...and encouragingly there were some amongst them who have started the process of doing so. 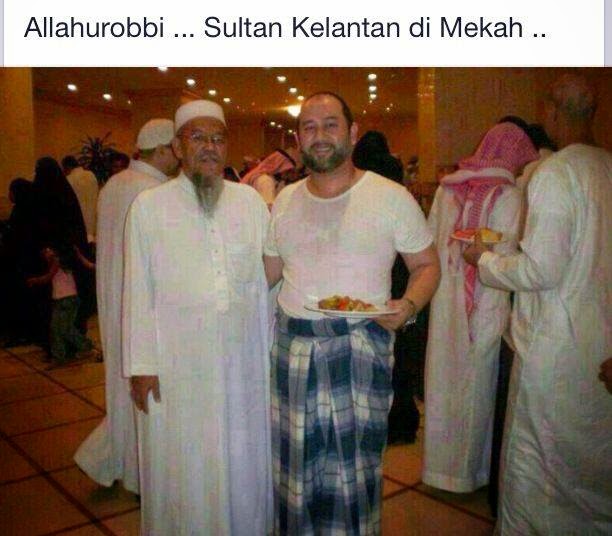 In Education the demand is for high quality eduction available and affordable for all Malaysians. The need is for integration and relevance of an educational system that takes into consideration national and global wants. The worry is that education is being used as a tool to mould our young into Malaysians that mirrors what this BN government wants of them in order to further their own political agenda - divide and rule the various races and religion!. Here again it will take political will to do the right thing.

There are many amongst us that now will speak their mind on matters that concern them - be it the use or abuse of public office and the use of race and/of religion for political gains. The current harassment of opposition politicians, academician, pro opposition activists and peace loving Malaysian who have shown enormous courage by standing for what they think is right and decent for all Malaysian has nothing to do with sedition or a threat to our national security. These harassment are targeted, deliberate and measured. We are all aware that being charged for sedition, being anointed as being a threat to national security and being prosecuted and persecuted for dissent is a ploy to stifle any opposition and eliminate problems that would be embarrassing to the government of the day. Put simply these are attempts by a bullying BN government who unfortunately has the means and the political will to ensure that political dissent in our nation is blunted if not eliminated.But many courageous Malaysians have loudly protested and made their dissenting voices heard. Even as those with dissenting voices are being charged for sedition many others take their place.

In spite of these harassment, persecution and prosecution things are changing and nothing is sacred anymore.

What our Prime Minister and his Ministers do or do not do in the name of government is openly debated and judged for right or wrong. Race, Religion and Royalty is no longer kosher and everyone with an opinion can be heard and be published on the Net. We know that this BN government have the ability and the political will to stifle dissent, bound and gagged us if we insists on doing so....but at the same time we know that with each passing day this BN government resolve to hold its people in servitude weakens. With each rising voice of dissent BN understands that the political will to do right or wrong, comes ultimately from the very people they are trying to silence.

But the battle is not yet won. The forces arrayed against this Umno led BN government is still in disarray. We still have issues of political leadership within the opposition ranks....there are still issues of cohesion and division. There are political and personal agendas to be sorted out and possibly a questionable willingness to let it all hang out - problems within the opposition ranks are too readily debated in the public domain giving rise to the impression that there are more amongst them that have agreed to disagree that those who have agreed to agree. You can make what you want of this new found willingness to debate all things political within the opposition ranks. We can only hope that in doing so a better understanding of their own strengths and weaknesses and that of their leaders will allow them to fight the good fight against BN in the coming general elections

We are indeed living in interesting times.
Posted by STEADYAKU47 at Sunday, September 07, 2014