What do you call a Bumiputra political entity that turns around and bites the hand that has kept it in power for the past five decades?
UMNO!

What do you call a Malay who turns around to bite the hand that kept him in power for 22 years?
Mahathir Mohammad! 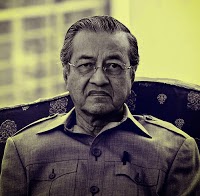 What do you call Malays who have been responsible for the above abomination?


You Mahathir, you Najib, you Mahyuddin and a herd of other UMNO cohorts and their heirlings have brought dishonor to UMNO and shame to the Malays in the manner you conduct yourself in and out of government. Today for most of us, UMNO is greed. UMNO is deceit. UMNO is dishonor.

And therein lies the problems of the Malays. Our leaders lead us astray. Our leaders are not the paragons of decency, honor that the Malays pride themselves to be. And the mother of these leaders is Mahathir Mohammad!

At 89 years old Mahathir had decided to fight possibly his last battle to unseat yet another Umno President, Najib Razak, Prime Minister of our nation by default because it was Mahathir himself who put him there!

In the past we know that Mahathir does not start something he cannot finish but  at 89, wiill it be a bridge too far for Mahathir this time around? The jury is still out on that one but enough ripples have begun to disturb the oblivious tranquility that Najib and Rosmah's once enjoyed at Sri Perdana. Ripples that grows with intensity as the days pass.

But make no mistake about what is happening.

It is not about our Nation, not about Umno, now about the Malays or Malaysians...pure and simple it is about Mahathir and his erroneous belief that in his hands lies the fate of our nation, the fate of Umno, the Malays and all Malaysian.

We are now witness to the sad spectacle of a man one decade away from being a century old marshalling his forces to fight what he thinks is the good fight...again! And those that goes to his side are themselves sad! 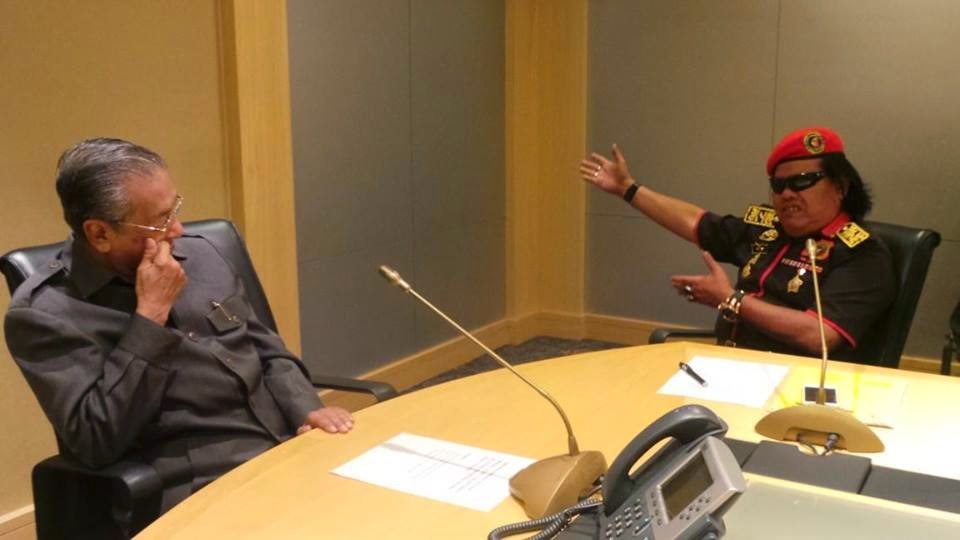 It reminded me of Gaddafi before his fall...completeley delusional!

Mahathir has to be saved from himself. Not that I care a rats arses if he stumbles or falls.

One Malay steals from his bakery and all Malays are thieves?
Malays have abuse the trust he had place in them. All Malays are not to be trusted?
One MB fathers a child out of wedlock. All MBs are randy old bastards?
A Sultan kills a caddy with his golf club.Are all Sultans murderers?
A former Prime Minister's children are milionaires - billionaires even. Are all children of ex Prime Minister to be millionaires and billionaires too?

Who amongst his children will love him enough to tell the old man that he has done enough for his family, King and country?

Who will tell him that all that he has left to lose is his honor and the respect and love that many Malaysian still have for him and nothing to gain but the odium and contempt of many in Umno and elsewhere.

And that nothing, no even his misplaced pride and belief of his own self worth can be improved by any battle that he still wants to wage against those he thinks are beneath his contempt  - however low that bar has been lowered.