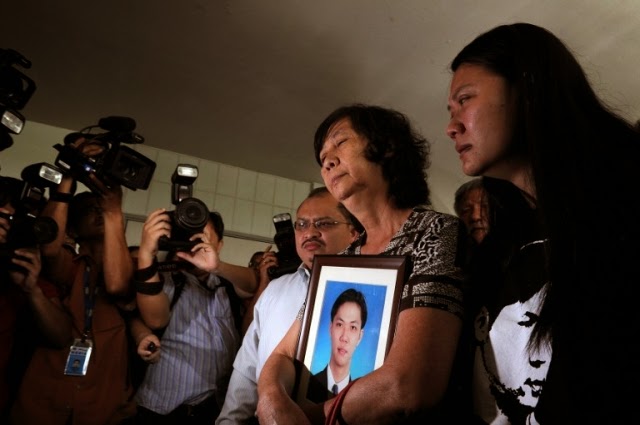 The dead cannot cry for Justice. It is the duty of the living to do so.
Lois McMaster Bujold.

When am I going to die? To those that I will leave behind what comfort is there for them in my going? I do not know. But for Teoh Beng Hock those that he left behind can find some comfort in his passing for in death he has achieved what he would find it hard to achieve in living.

They can take comfort because in his dying he has opened our eyes to the unfairness of how our own Government treats its own people.He has opened our heart to allow many Malaysian to stand together to mourn his passing and by so doing we have become stronger and more committed to being one people – all Malaysian.

He has made us promised each other that this time his death will make that difference that will turn Pakatan Rakyat’s struggle from one that was confined to the states of Perak, Penang, Kedah, Selangor and Kelantan to being a National one – sans borders sans race sans religion. We are one united against a Government that has failed Teoh Beng Hock. One that has also failed us.

One should not leave this earth with unfinished business. The dead cannot cry out for justice, it is the duty of the living to do so for them. And so my friends we have work to do for Teoh Beng Hock. We begin now.

In any way that we can we must show our anger, our defiance and our disgust at how our Government has chosen to conduct itself.

We have asked that they no longer continue to govern us as if we are deaf, mute and blind to their excesses. They choose to ignore this.

We asked that they cease and desist from harassing Pakatan Rakyat State Government from doing their duty in the States they were elected to govern. They chose instead to unleash all the instruments of state, The Police, MACC and others at their disposal to constantly harras our elected representative from doing their job.

We ask that they stop cronyism and nepotisms and jobs for the boys. They chose to throw this back in our face by appointing a CJ that certainly does not deserve to be put there and an ambassador to the US that will sooner if not later, be an embarrassment to our nation.

In all the things that they do, vested interest and a need to promote their cause rather then that of the nation, has taken precedence.

This Government choses to taunts and provoke our every rational refrain. They will do so at their own costs. We give notice of our intent to no longer ask them to do what we would rather have them do by peaceful means. We will now demand that they do these things that we want them to do. Their failure to do so will be met with our resolve to change, by any means at our disposal, what we cannot do by peaceful means.

The people have the numbers. We have the strength and we have the will to do the necessary. Let not TBH death be one more number of a death in custody. Let his death be the catalyst for change. For a better life for us all. For the removal of UMNO/Barisan from any semblance of leadership of the Malaysian People. Only when that is done is Teoh Beng Hock’s work done. Then he can rest in Peace.
Posted by steadyaku47 at Saturday, August 22, 2009
Posted by STEADYAKU47 at Wednesday, September 10, 2014