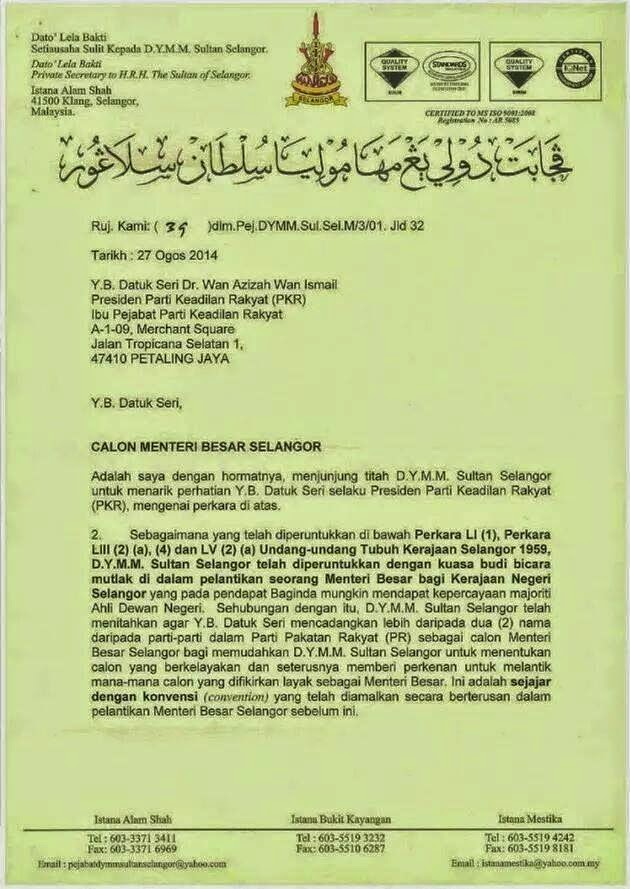 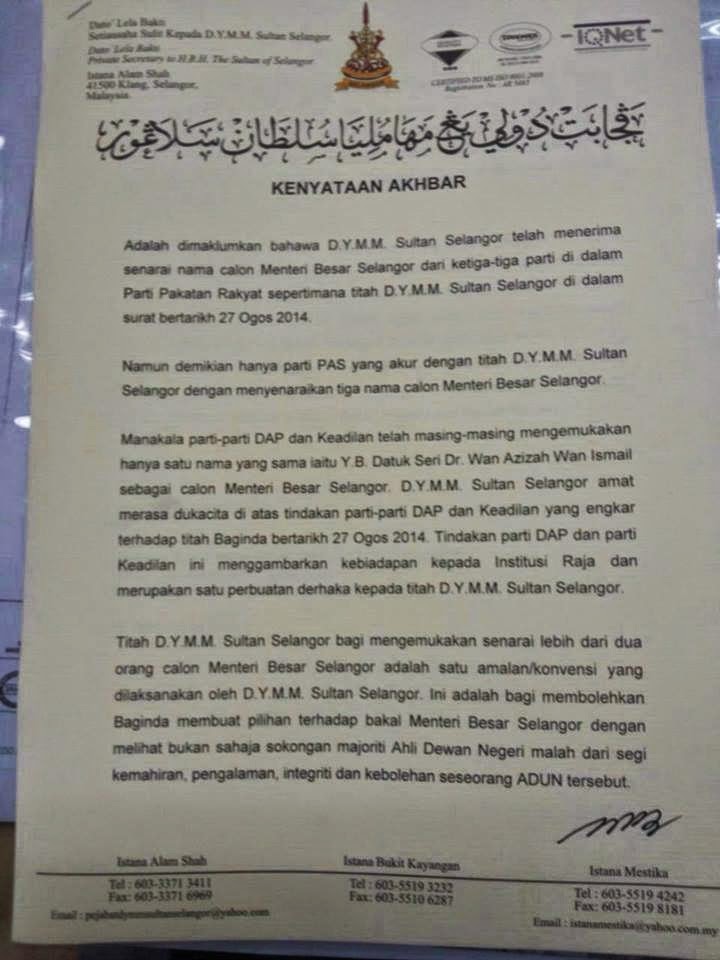 Is this bravado that DAP and PKR are showing against the Sultan of Selangor a showing of the collective strength of character inherent in their leaders - Anwar Ibrahim and Lim Kit Siang?

Have Kit Siang and Anwar Ibrahim  found the courage to speak up against the interference of Royalty in the political affairs of the State of Selangor - or for that matter of any other state in Malaysia?

That DAP and PKR will do what they must to let the Sultan know that it is not his place to admonish the executives that administer the state of Selangor. Real power resides with the electorates who have given that power to PKR during the last general election?

That while they may be doing the unpopular thing, it is the right thing to do for the people of Selangor, for Pakatan Rakyat and for the democratic principles that Pakatan Rakyat uphold! And that as leaders of Pakatan Rakyat they must show courage in standing by the decisions made by their party....well actually by themselves!

Geez I wish all of the above were true!

As John Wayne said " Life is hard: it's harder if you're stupid".

Well for Anwar Ibrahim and Lim Kit Siang......life is going to get harder!

First a word to Kit Siang.

It is one thing for me to thumb my nose at the Sultan of Selangor because there is nothing I want from him and there is nothing he can do to me for as long as I stay where I am now - in Melbourne. But for you to thumb your nose at Tuanku is either a very courageous, brave and principled thing to do (that is what they say amongst politicians when describing the stupidity of a politicians who is doing something to undermine his own political standing) or stupid/seditious/a threat to national security/ blah blah blah.... thing to do (as PDRM and the powers that be are wont to opined when they are about to put the fear of God onto anyone).

In all my 67 years I have yet to see a Chinese politician of Kit Siang's seniority and stature actually thumbing their nose at a Sultan - any Sultan - even that Melaka Sultan! What the Sultan or the powers that be will do to you for being biadap and derhaka to the Sultan would be interesting to find out in the time to come. Suffice for me to say that Hang Jebat met an untimely end for his courageous and brave stand against his Sultan though of course if you are in Johor.......it will be "off with his head"!

As for Anwar Ibrahim I doubt if it has registered in his head that he is about to be awaken from his "Azizah is MB of Selangor" dream!

Transcript of a radio conversation between a US naval ship and Canadian authorities off the coast of Newfoundland in October 1995. The Radio conversation was released by the Chief of Naval Operations on Oct. 10, 1995.

Anwar...it's your call. Over and out! Goodnight!