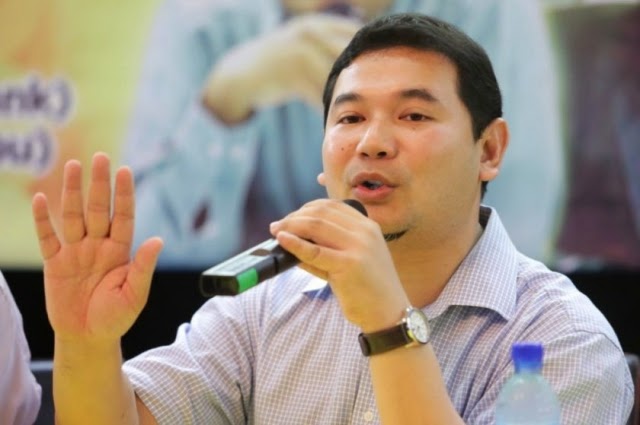 SERDANG, Sept 17 — If PKR had succumbed to pressure and agreed to propose more than one sole nominee for the post of Selangor mentri besar to the Sultan, it would have exposed the royal institution to petty politicking and lobbying by party hopefuls, Rafizi Ramli said.
The PKR vice-president claimed his party was merely trying to “protect the sanctity” of the institution by making sure the best candidate for the post is put forward, which then helps keep the credibility of the Malay rulers untainted.
“If we base our decisions on mere signals and speculations of what the palace was attempting to convey instead of the official communication network… in the future it is easy for the palace to change the choice made by the people through the general election.
“If this is the way we are going to go we are then opening up our royal institution and our political parties to an unhealthy conduct of lobbying,” said Rafizi told a dialogue session organised by Persatuan Ummah Sejahtera Malaysia (PasMa) last night.
He said the royal institution should remain “above politics” and Pakatan Rakyat (PR) should not expose the palace to open lobbying by candidate hopefuls who may “promise all sorts of things”.


From what I have read about this boy - from his days in MCKK and after - he seems to be one of those guys who should potentially have a bright future in front of him.....and then he had to go and join PKR! What a waste! Why can't he use his abilities to do good instead of bad? Use it to contribute positively towards our nations advancement not its demise. Use it for the common good of the people of Selangor and not for short term gain for PKR? But in life there is no telling what people will do....nor what the future holds.

In life seldom do the stars align in your favor and it does not help if you go around telling people that  PKR submitted only one f@*king name for the post of Selangor mentri besar because "If PKR had succumbed to pressure and agreed to propose more than one sole nominee for the post of Selangor mentri besar to the Sultan, it would have exposed the royal institution to petty politicking and lobbying by party hopefuls".

Did he take those who were attending that dialogue, and us, for stupid idiots?

Even if those guys attending the dialogue were from PAsMa surely you must assume that they have the ability to think things out rationally and work out for themselves that the reason one name was submitted by PKR and DAP to the Sultan for the mentri besar post was because Anwar Ibrahim wanted it to be so.....and not because PKR wanted to protect the Sultan from being lobbied by political parties and individuals!

Does this boy think that the Sultan can be influence by petty politicking and lobbying by hopeful candidates lobbying vying for the post of mentri besar?

Does this boy not insult the Sultan of Selangor by inferring that the Sultan may be influence by "promises of all sorts of things" in his deliberations to chose the Chief Executive of his own state?

Woi KDN ....can not those uttering be construed to be a threat to our national security? Boleh masuk lock up ma!

Huh! This boy is protecting the sanctity of the royal institution? Go tell that to the marines or to those UTK guys! Budak belum bersunat lagi! It insults not only the Sultan but more annoying, it insults me because I can think for myself and I know that protecting the sanctity of the royal institution is the furthest things from this boy's or PKR and DAP's mind.

If you want to talk about "unhealthy conduct"...tepok dada and tanya diri sendiri and just look at what has been happening in PKR!

I wonder what "promises of all sorts of things" have been offered this boy's way to lobby for Azizah to be MB!

The times that we now live in are times when every word you speak, every move you make and every argument and point of view you attempt to put across to anyone will be put into the public domain - debated, discussed and pull apart into bits and pieces and spat back at you if they are not kosher!

Say it like it really is ...that the nomination of Azizah for the post of MB was a decision made not to protect the sanctity of the Selangor Royal House, not for the good of the people of Selangor and certainly not because Azizah is the best candidate for the post....and we will leave it at that because the rest of that equation need not be said....we know the rest.

And remember this...when you want to play with the grown ups....behave like one!

Memories : Those were the days.....let us all sing along! 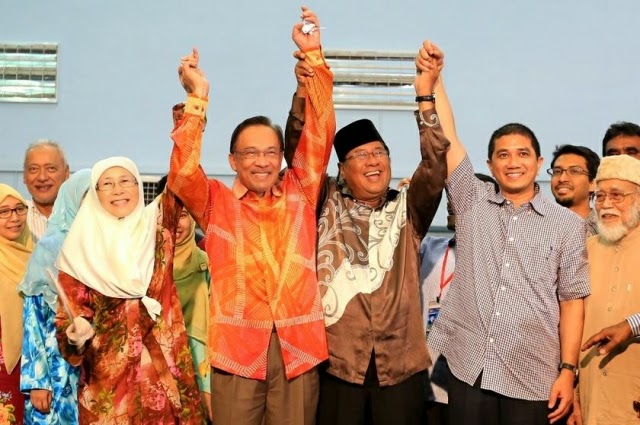